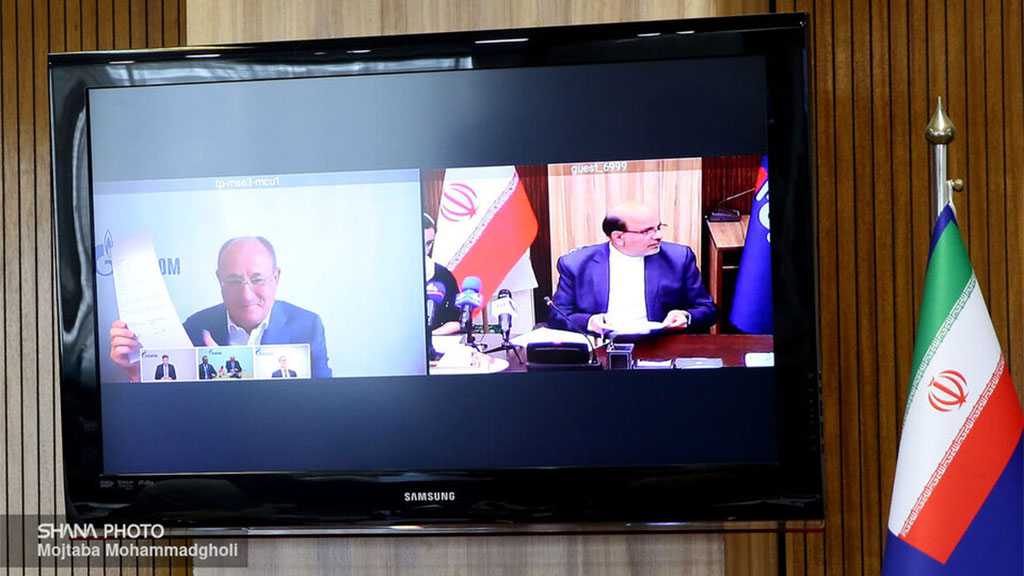 The document was signed during an online ceremony on Tuesday by NIOC CEO Mohsen Khojastehmehr and Deputy Chairman of the Gazprom Management Committee Vitaly Markelov.

The development of Kish and North Pars gas fields, pressure enhancement of South Pars field, development of six oil fields, gas and product swap, completion of LNG projects, construction of gas export pipelines and other scientific and technological cooperation are among the most important highlights of the memorandum.

Relations between Iran and Russia under the 13th administration have been put on a new path with the support of Iranian President Sayyed Ebrahim Raisi and Russian President Vladimir Putin.

The two countries seek expanding relations at all economic and political grounds.