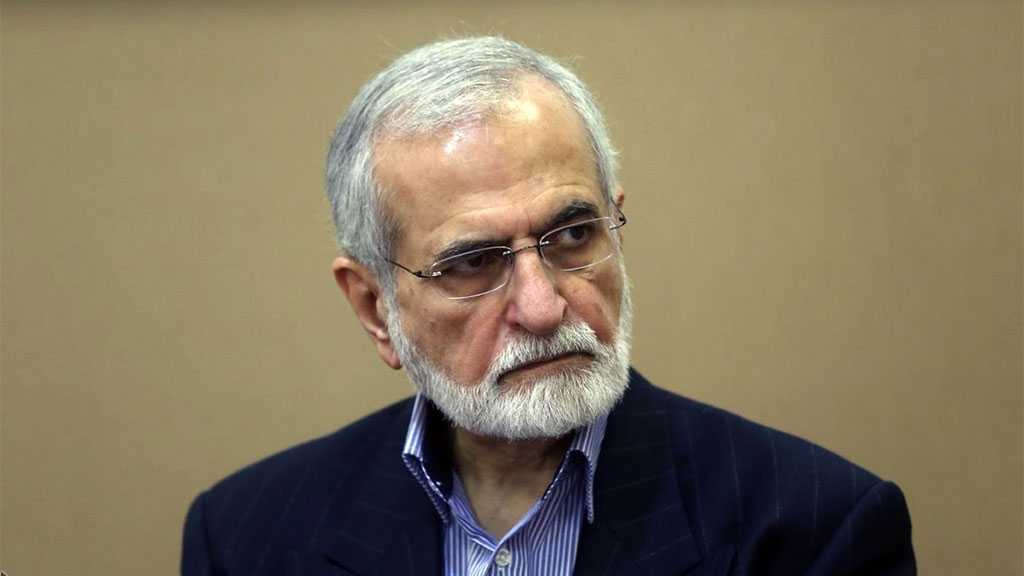 A senior Iranian diplomat said the Islamic Republic will respond in kind to any measure against its national security from any neighboring country, in a veiled reference to the countries that have normalized their relations with the ‘Israeli’ occupation regime.

“Targeting our security from neighboring countries will be met with a response to those countries and a direct response to ‘Israel’,” Kamal Kharrazi, the head of Iran’s Strategic Council on Foreign Relations, warned in an interview with Al Jazeera news network published on Sunday.

Tehran has emphasized that it pursues a policy of improving relations with neighboring countries, while at the same time making it clear that the countries, which are normalizing their relations with ‘Israel’ and allowing the occupying regime to establish a foothold in the region, are betraying the Palestinian cause and bringing instability to the region.

Kharrazi, however, said 'Israel' is in a phase of weakness and US President Joe Biden’s support for the regime would fail to bring it back to the fore.

Kharrazi said Iran has carried out extensive military drills to demonstrate its capability to hit targets deep inside the ‘Israeli’ occupation entity in the event “Iran’s vital and sensitive facilities are targeted.”

During the interview, Kharrazi, an ex-foreign minister, also said Tehran calls for launching regional talks to be attended by important countries such as Saudi Arabia, Turkey, Egypt, Qatar, and other states.

He noted that Qatar has made important proposals on holding dialog among regional countries and that Tehran has expressed its full readiness in this regard.

The sole solution to regional crises, according to the senior diplomat, is the formation of a regional dialog forum in order to find settlements to political and security disputes among regional countries.

Kharrazi also welcomed recent remarks by Saudi officials about extending a hand of friendship to Iran, saying Tehran is ready to enter into dialog with Riyadh in order to restore bilateral relations to normalcy.

he also rejected allegations that Iran has intentions to make nuclear weapons, saying this is while the Islamic Republic possesses the technical capabilities, such as increasing the level of uranium enrichment from 20 percent to 60 percent.

The diplomat dismissed any possibility of talks about “our missile program and our regional policies,” saying any negotiation on the two subjects would mean submission to the enemy.

Regarding the indirect negotiations with the United States to revive the 2015 Iran deal, he said it is difficult to conduct a direct dialog with Washington in light of a thick wall of mistrust due to hostile US policies toward the Islamic Republic.

He added that there are no guarantees that the US would continue to honor the Iran deal, officially known as the Joint Comprehensive Plan of Action [JCPOA], if the deal is restored, and “this prevents any possible agreement.”

Iran and the US concluded two days of indirect talks, mediated by the European Union, in the Qatari capital of Doha late last month in an attempt to break the stalemate in reviving the JCPOA.

At the end of the talks, Iran and the EU, which plays a mediatory role, said they would keep in touch “about the continuation of the route and the next stage of the talks.”

The talks in Doha followed seven rounds of inconclusive negotiations in the Austrian capital of Vienna, as the US insisted on refusing to undo its so-called maximum pressure policy against Tehran.