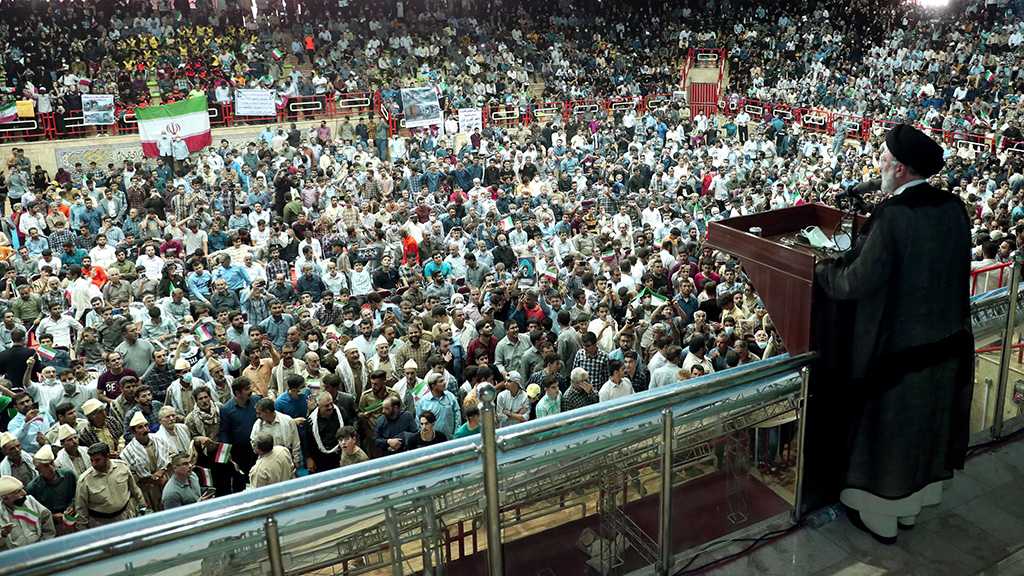 Iranian President Ebrahim Raisi confirmed that his country cannot condone insecurity and crisis in the region, warning that any mistake by the enemies will be met with a harsh response from the Islamic Republic that will make them rue their acts.

Raisi made the remarks in a Thursday visit to the western Iranian province of Kermanshah, referring to the hostile and destabilizing activities of the United States and its allies in the region.

"In the gathering of the resistant people of Kermanshah, I say that any mistake by the Americans and their allies in the region and the world will be met with a harsh and regrettable response," he said.

He further stated: “Today, Islamic Iran is stronger than ever”, adding that the United States on the contrary is weaker than ever.

The Iranian president also said, "The great nation of Iran does not accept any kind of insecurity and crisis in the region, and the Muslim nations of the region hate the humiliating relations of their governments with America, which has led to the looting of their country's wealth."

His remarks came a day after US President Joe Biden opened his first visit to the region since taking office by telling Israeli leaders of his determination to confront Iran’s nuclear energy program, saying he’d be willing to use force as a "last resort".

President Raisi touched on Iran's military power and authority, calling it a security factor in the region and stressing that the Islamic Republic will not accept any insecurity or crisis in the region.

“The Zionist regime should not have a covetous eye on the Middle East and West Asia, and it can never have normal relations in the region,” he said.

In parallel, Raisi added that the Islamic Republic does not see the interference of the US and its allies in the region as anything other than creating a crisis, "because these countries are constantly transiting insecurity and terrorism into the region".