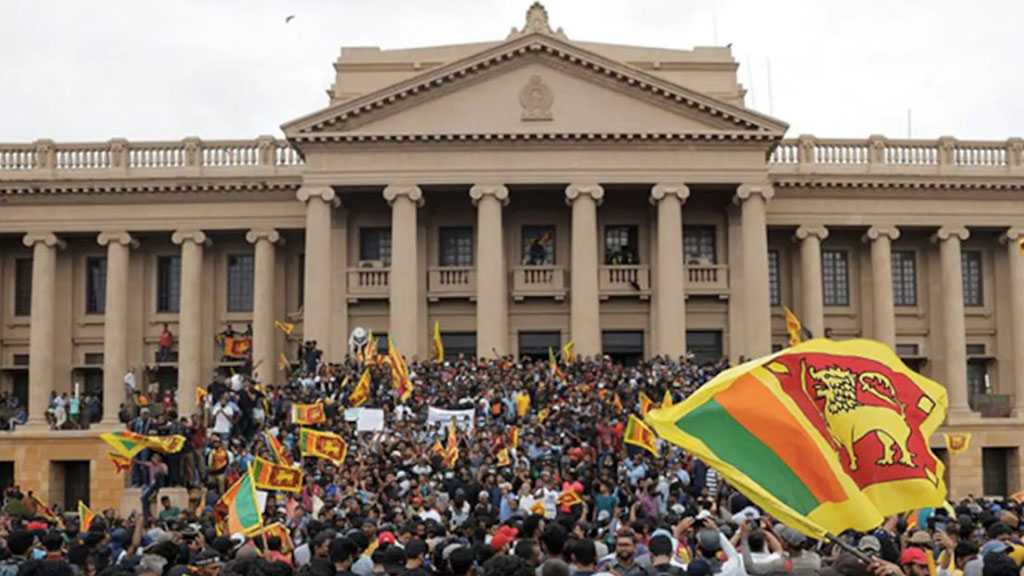 Sri Lanka declared a state of emergency on Wednesday after thousands of people mobbed the prime minister's office when the country's president flew to the Maldives, following months of widespread protests against an economic crisis.

President Gotabaya Rajapaksa promised at the weekend to resign on Wednesday and clear the way for a "peaceful transition of power" after fleeing his official residence in Colombo just before tens of thousands of protesters overran it.

As president, Rajapaksa enjoys immunity from arrest, and he is believed to have wanted to go abroad before stepping down to avoid the possibility of being detained.

He, his wife and two bodyguards were the four passengers on board an Antonov-32 military aircraft that took off from Sri Lanka's main international airport, immigration sources told AFP.

Hours later, with no formal announcement he was stepping down, thousands of demonstrators mobbed the office of Prime Minister Ranil Wickremesinghe -- who would automatically become acting president in the event of a resignation -- demanding both officeholders should go.

Police fired tear gas to hold them back from overrunning the compound and officials declared a nationwide state of emergency "to deal with the situation in the country," the prime minister's spokesman Dinouk Colombage told AFP.

Police imposed an indefinite curfew across the Western Province, which includes Colombo, "to contain the situation," a senior police officer said.

Wickremesinghe has himself announced his willingness to resign if consensus is reached on forming a unity government.

His office confirmed Wednesday that Rajapaksa had left the country, but said it had no schedule for any resignation announcement.

The presidential succession process could take between three days -- the minimum time needed for parliament to elect an MP to serve out Rajapaksa's term, which ends in November 2024 -- and a maximum of 30 days allowed under the statute.

Rajapaksa is accused of mismanaging the economy to a point where the country has run out of foreign exchange to finance even the most essential imports, leading to severe hardships for its 22 million people.