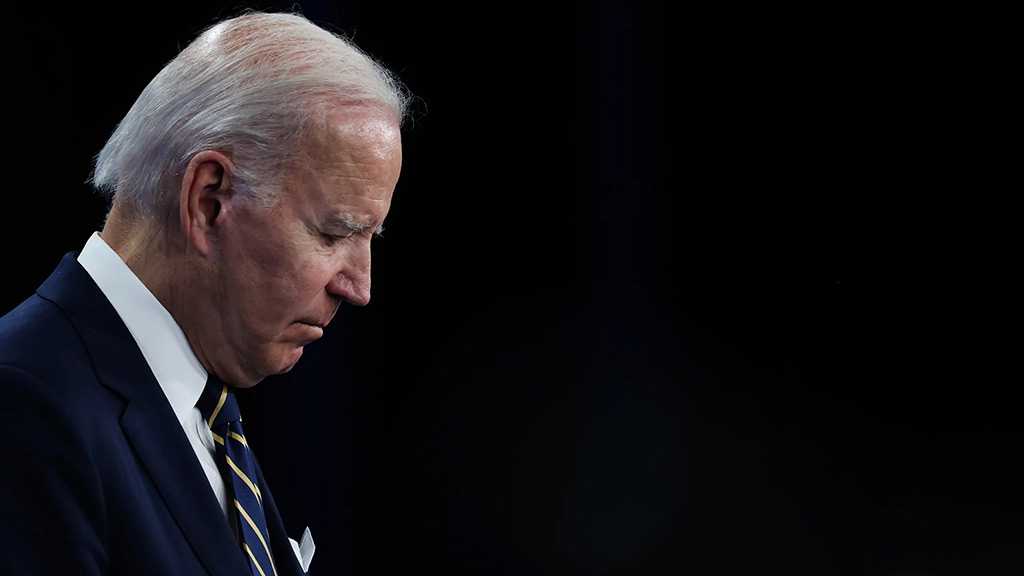 US President Joe Biden’s approval rating has dropped to 29 percent as more and more Americans show dissatisfaction with him due to high inflation and rising gas prices in the country.

The daily tracking survey conducted by Civiqs, an online polling and analytics company, shows that only 29 percent of American registered voters approve of the way Biden is handling his job as the president of the United States.

An astonishing 58 percent of registered voters expressed their disapproval of Biden’s job performance and 13 percent said they are still unsure.

According to the polling results that were published this weekend, more than half of Americans in all age brackets, as well as education- and gender-based groups largely disapprove of the US president’s performance.

At least 66 percent of white Americans do not support Biden, but he remains popular with the Black or African-American population. A total of 55 percent of Blacks said they approve of Biden’s actions.

The US leader has low appeal in almost all states, with Biden’s home state of Delaware returning 54 percent disapproval.

A total of 97 percent of Republicans oppose Biden and 63 percent of Democrats said the same.

US consumer inflation hit a 40-year high of 8.6 percent in the 12 months through May, with gasoline marking a record high and the cost of food soaring, Labor Department data showed.

The surging costs have become a political headache for the Biden administration, which has tried several measures to lower prices but said much of the responsibility to control inflation falls to the Federal Reserve.

In the meantime, the Biden administration has been making efforts to both bring down the gas prices while continuously pinning blame on Russia.

Biden and his administration are concerned that the unharnessed high inflation in the United States, exacerbated by the rising fuel prices across the country, could lead to the defeat of the Democrats in this fall’s midterm elections.