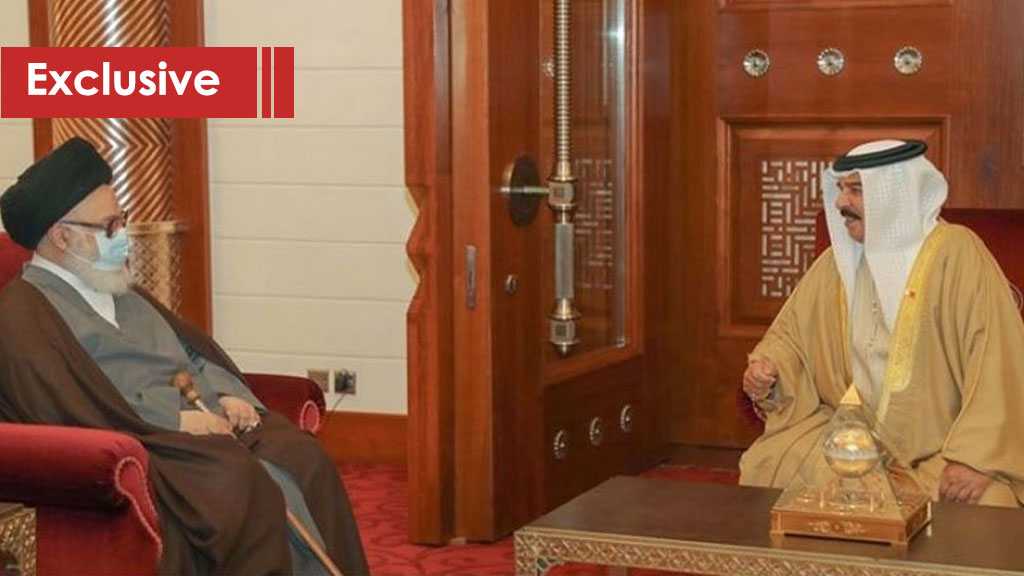 The photo joining Bahrain King Hamad bin Isa Al Khalifa and Cleric Sayyed Abdullah al-Ghuraifi will represent nothing but a dual meeting. No signs that the session the Bahraini regime sought to exaggerate will establish any decisive solution that would exit the kingdom from the ten-year-old unending crisis.

Inspecting the aims behind Al Khalifa’s receiving of Sayyed Abdullah al-Ghuraifi isn’t an unsolved puzzle. Many similar meetings and a repeated style questions trust in the ruling regime whose record is full of abusing each and every detail and issue.

Five days earlier, on April 25, Hamad bin Isa received Sayyed al-Ghuraifi with a group of scholars and clerics in a meeting meant to congratulate on the occurrence of the holy month of Ramadan. The king was keen to appear to the people smiling in the photo disseminated by his official media. The guest, however, didn’t appear smiling at all. The meeting is the second of its kind between the two sides in five months.

In December, Sayyed al-Ghuraifi visited the Saferiya Palace after ten years of estrangement. It followed the tightened grip against the political and popular opposition, in which every demander of rights ended either behind bars or martyred.

“It is just a waste of time,” this is how senior Bahraini opposition sources described the meeting. “Those who want an actual solution to the problem and starting a dialogue with the opposition after years of oppression, detention, torture, suppression, negligence, killing, and execution, won’t be satisfied with an imagery photo that don’t reflect any seriousness,” the source added.

“Sayyed Abdullah al-Ghuraifi doesn’t shut a door in front of the regime due to his religious rank,” the senior sources analyzed, “however, the regime is awaiting opportunities to promote what it wants to show the foreign public opinion in the first place, then the local one.”

Nothing to be mentioned about the meeting. It is just that it slightly broke the ice between the opposition and the regime that didn’t offer any real initiative that solutions might be built upon. Those observing the exacerbating political and rights situations in Bahrain know very well that tightening the security fist inside the kingdom doesn’t match the claims of openness to the people’s demands and those representing them.

Would the king release around 2000 political, not criminal, detainees inside his prisons? Will the regime’s apparatuses suddenly treat them humanely and treat those whose health situations intentionally deteriorated due to the negligence of his personnel and prisons’ administrations, especially the notorious Jaw Prison? Would the regime allow the opposition figures to breathe and restore their unjustly usurped freedom? Would the national identity be restored to those whose citizenships were revoked? Will the collective and Friday prayers return to their golden days in Duraz? Will the regime revive those who are now under the soil?

Despite the gloomy situation in Bahrain, it should be said that something is happening. This is what the Bahraini sources hint to.

According to their information, the king’s latest step goes along with the calmness in the region, especially after the recent stances voiced by Saudi Crown Prince Mohammad Bin Salman [MBS], and his retreating rhetoric regarding Iran. Unlike what he believed before, MBS said “Iran is a neighboring country, and we want good and special relations with it. We don’t want Iran’s situation to be difficult, we want it prosperous.”

So, the Bahraini opposition’s issue is related to the Iranian-Saudi dialogue. In this context comes releasing female detainee Zakiya al-Barbouri who was detained three years ago during a fierce raid that targeted civilian houses in the town of Nuweiderat.

The Bahraini opposition examines what it happening at home very carefully. It is true that things are turning to calmness, but the lost trust in the authority’s performance and its continued elusiveness won’t let it rest until an inclusive solution to the crisis prevails, in which citizens obtain their rights.

Despite all the dominant fear, the opposition is always open to any step that seems positive. Prominent Cleric Ayatollah Sheikh Isa Qassim identified, in his advisory words, the way to exit this complicated calamity. He emphasized that “solving the crisis that threatens with complete destruction depends on the ruler’s retreating his mistake, and doing this is a grace.”

Ayatollah Qassim called on the regime to initiate an agreement with the opposition to set a new constitutional, institutional, and practical situation that preserves the rights of the citizens and admits their sovereign position in their country’s policy.

Upon this, the good will be returned with another good; and the stance made by al-Wefaq National Islamic Society’s Deputy Secretary General, Sheikh Hussein al-Daihi, is clear in this regard as he confirmed that any step forward made by the crown prince will be met with more step forwards.

It is the kingdom of “retweets”, which waits the regional events to similarly stop oppressing its people, or it is just perhaps to have some rest before resuming its actions in another situation. 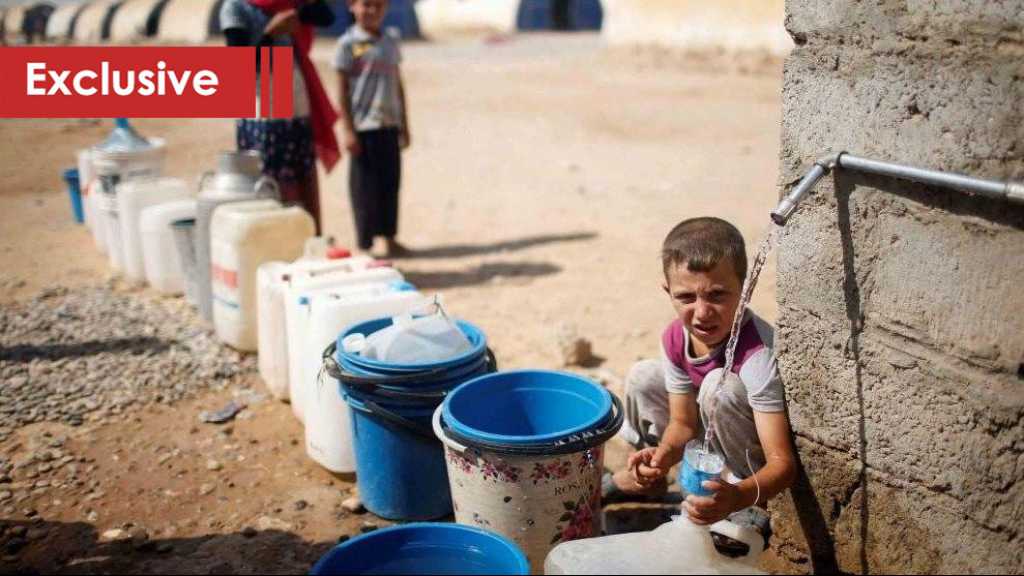 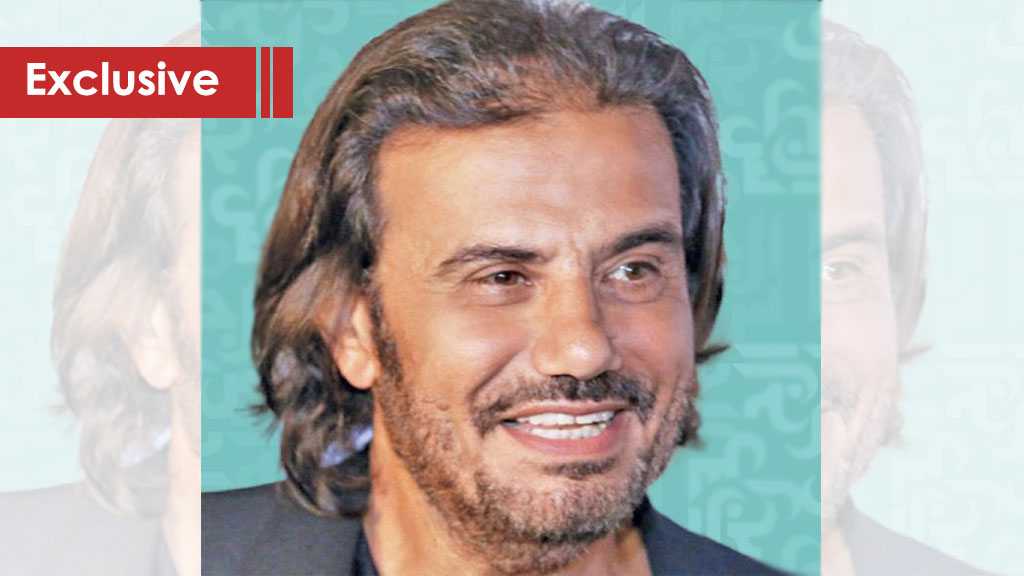 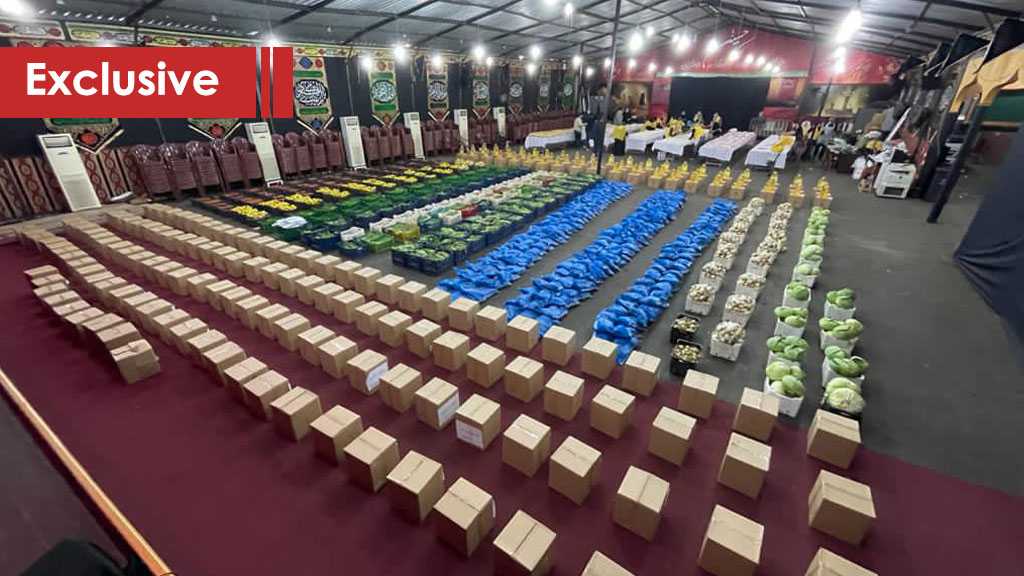