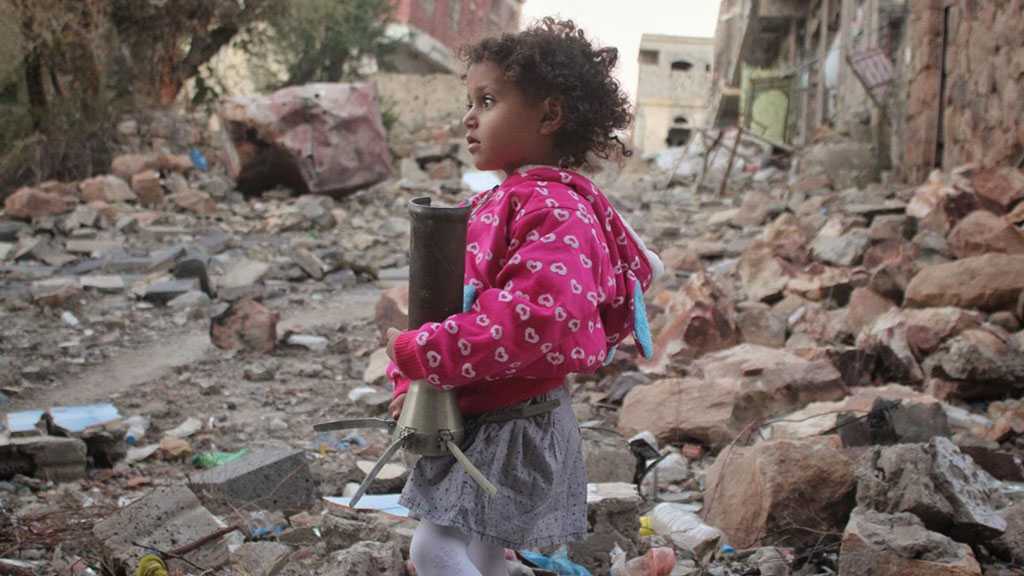 The sounds of shelling in the city of Taiz leaves countless Yemenis - children, women and men alike - on edge, but little will stop Hassan from playing in the yard of his home.

At six years old, Hassan was born shortly after the beginning of the Saudi-led military offensive in Yemen against Ansarullah. Since March 2015, fighting has been a constant in his hometown Taiz, and a persistent backdrop to this young boy’s life.

"Shelling doesn't terrify me. They are far away on the front and not here," he told Middle East Eye.

His father, Ahmed al-Rabouei, said he sees a difference between Hassan and his older siblings.

"I have five children, three of them are older than Hassan, but the sounds of shelling and air strikes terrify them. When they hear bombing, they go to me or their mother," he said.

"Hassan is different. He continues to play even when he hears the sound of bombing. Instead, he goes out to see where it [a bomb] has fallen."

Six years on, the war has killed more than 230,000 people, caused outbreaks of disease and brought Yemen to the verge of famine, in what the United Nations calls the world's worst humanitarian crisis.

Meanwhile, the effect of the conflict on young children has become a hidden, underestimated and misunderstood toll of war.

"My favorite play is fighting with toy guns. I defeat all my friends in the neighborhood," Hassan said.

Samir Saeed Othman, a teacher in the Taiz governorate, believes that this very young generation will be different from its predecessors, with the war shaping their attitudes and personalities.

"Children on the front lines live under the threat of shelling, air strikes, fighting or landmines, and they live in terror. I always hear them talk about the kinds of weapons and the threat of landmines," he said.

"We can't always see the impact of the war on their faces, but it is clear from their words and culture, and that's definitely dangerous for children."

Othman said he knows some children who have lost their friends in front of their eyes, especially because of landmines.

"Children on the front lines play with the explosive remnants, and sometimes they kill their friends with those remnants. They aren't aware of the danger of such devices, and in many cases, children on former front lines step on landmines and they kill them and others."

The schoolteacher said many children need psychological support, but for many families in Yemen, such services are financially out of reach.

The myth of ‘bravery’

Rabouei, a cashier at a Taiz mini-market, said he is happy that his son Hassan is "brave," expressing more worry for his older children, who have experienced troubled sleep and nightmares because of fighting.

"Hassan was born a month after the war broke out in Yemen, and he found himself in this situation, so he has adapted to it, but his elder siblings used to live in a peaceful environment. I used to take them to parks, zoos and have picnics, so now they fear bombings.

"There are thousands of children who live near the front lines, and not all are suffering from psychological trauma, only some, and most parents can't take their children to a psychologist," he said.

Rabouei's perception is far from isolated. Many Yemeni parents praise their children's "bravery" in the face of relentless conflict, but Taiz-based psychologist Nuha al-Baidhani warns that such behavior among children is a symptom of the effects of war.

"Children's reaction to the sound of bombing is different from one child to another... while some are afraid of bombings, when shells fall, you can see the terror in the eyes of children," she told MEE.

"Others are aggressive. This is an impact of the war. I worked with different organizations and noticed that children are aggressive, and they reflect the culture of violence in their daily life and toys," she said.

"We tried to give them toys that create a peaceful environment, but they prefer violence, and this is just a reflection of the community culture."

In 2020, international NGO Save the Children said that years of conflict in Yemen have had a devastating impact on the mental health of an entire generation of children, pushing some to the brink of depression, according to a survey.

Baidhani pointed to a lack of understanding of trauma among adults, who themselves are suffering from the consequences of the conflict.

"Some adults who live on front lines suffer from psychological trauma, but the mistake is for parents to understand children's reactions as making them either 'brave' or not brave children," she said.

She warns that unless children's trauma and aggression is addressed, it might impact them well into adulthood.

"This generation was deprived of everything - no good education, no treatment, not even good toys," Baidhani said.

For people like Othman, the so-called "war generation" isn't "brave," as others might say, but rather "a generation that has lost its senses because of the war."

"When a child comes from a safe area to Taiz and hears bombing, he feels scared," the teacher said. "That means he is a normal child. Those who don't feel [fear] were affected by the war." 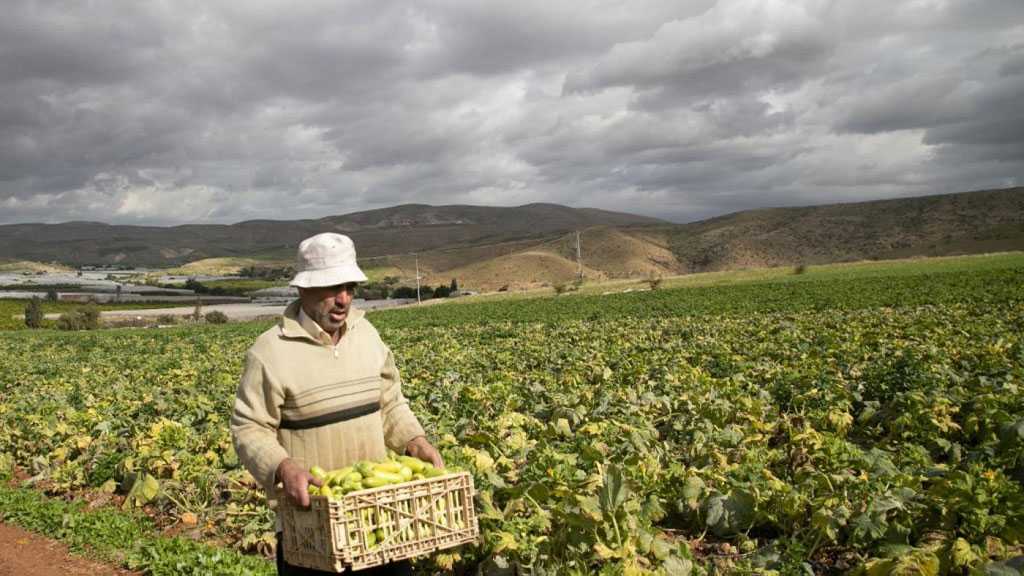 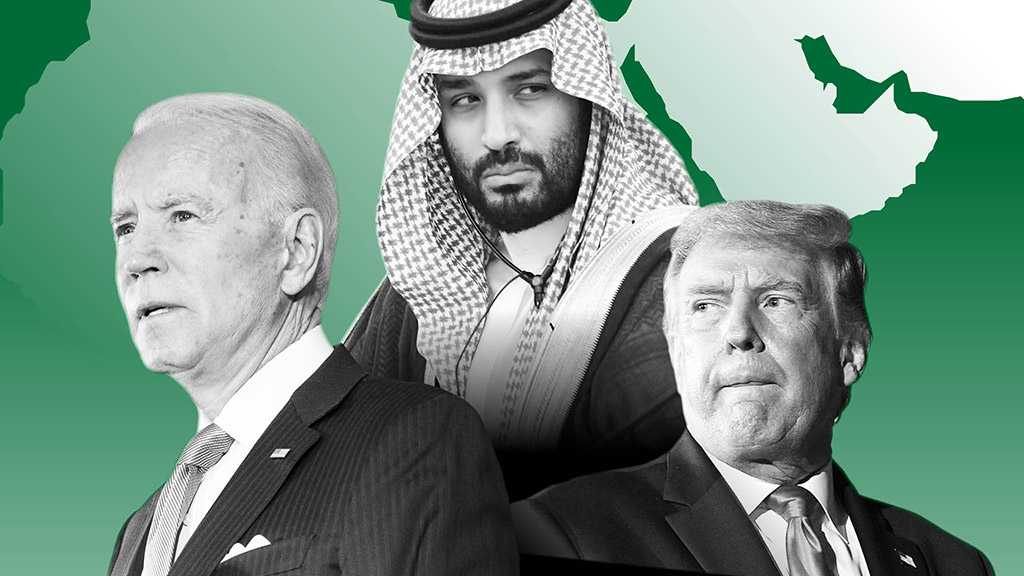 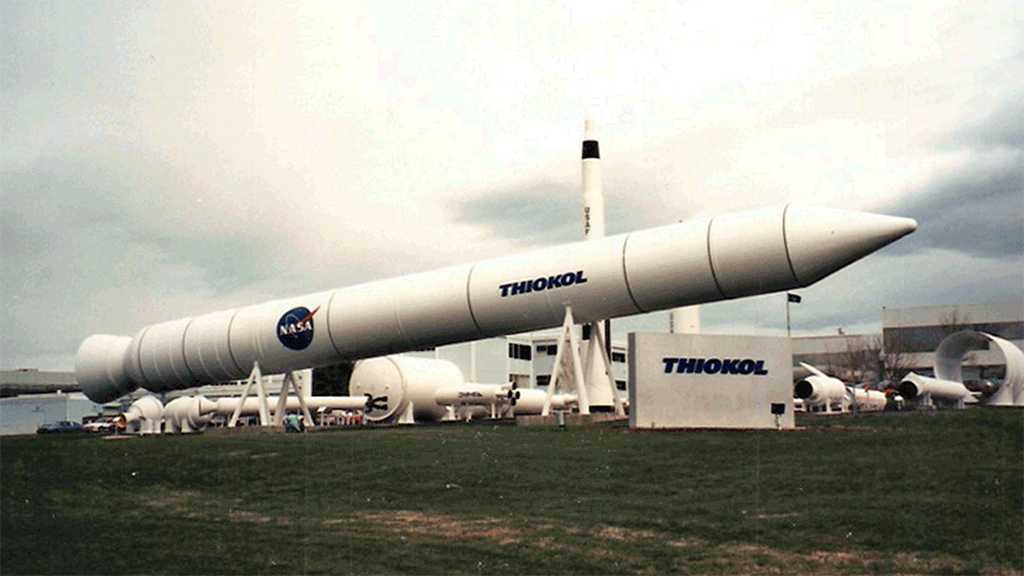