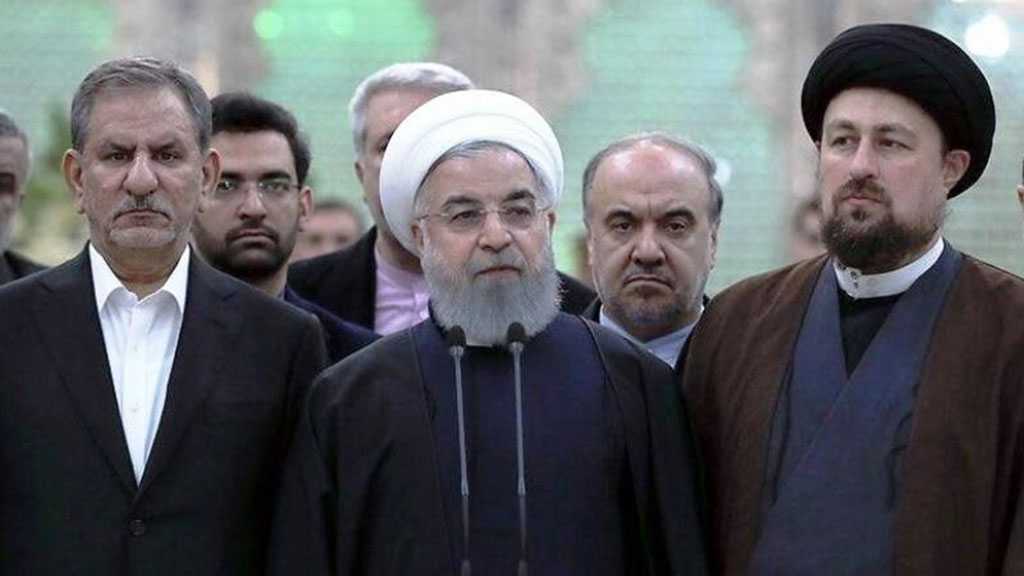 Iranian President Hassan Rouhani said on Saturday that the thoughts and ideas of the father of the 1979 Islamic Revolution, Imam Khomeini, should develop and flourish.

The Islamic movement, Islamic Revolution and Islamic Republic are complementary, President Rouhani said at Imam Khomeini's mausoleum, southern Tehran where he attended to lay wreath on the occasion of National Government Week started on August 24.

The Iranian President said that aspirations of the Islamic Revolution will get further support from the people to thwart any threats to the country.

Meanwhile, Rouhani hailed the Islamic Republic's power which has brought glory to the Iranians in the Middle East region.

About enemies' anti-Iran moves, the Iranian President said Iran has strongly resisted to the plots as it aims to make the enemies disappointed and keep the people's hope for the future alive.

Talking of Iran's foreign relations, Rouhani said the country has made all-out efforts to establish good ties with the East and West, while an amateur government [the US administration led by Trump] has imposed unlawful sanctions on the Iranian nation.

Despite the world’s criticism over Washington’s anti-Iran measures, US President Donald Trump reinstated unilateral sanctions on Tehran on November 5, 2018, and imposed as he put the “maximum pressure” on the Islamic Republic of Iran.

Iranian nation should preserve unity and coherence to challenge the US sanctions, the president said.

On August 30, 1981, a bomb explosion claimed the lives of top officials including the then president Rajaei and Prime Minister Bahonar.

The terrorist group of Mojahedin-e Khalgh Organization [MKO] was responsible for the 1981 attack.