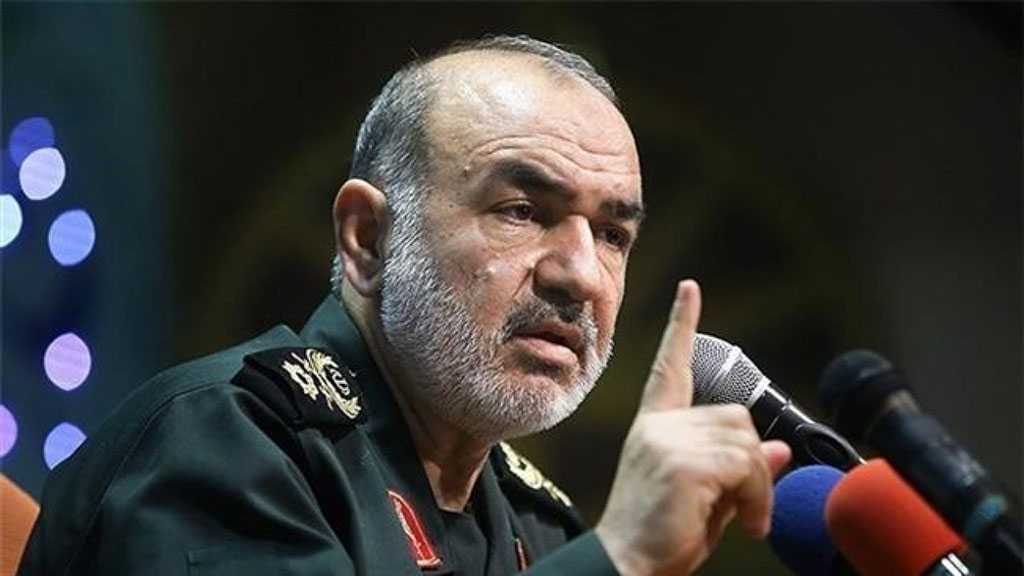 Chief Commander of the Islamic Revolution Guard Corps [IRGC] Major General Hossein Salami said array of countries other than the Gulf’s own littoral states can provide the region’s security.

"No [extra-regional] country or coalition of countries would be able to maintain security in this region save for the littoral states of the Persian Gulf," Salami said on Thursday from the holy city of Mashhad.

“We believe in a regional security system with the participation of the Persian Gulf [littoral] states, and consider foreign presence in the Persian Gulf to be contradictory to security [of this region],” Salami added.

He described any other security mechanism other than one, in which Iran and the rest of the regional states play the pivotal role, as “unfeasible,” reminding that all past experiences of foreign presence under the guise of security missions have only resulted in the “escalation of tensions and even warfare.”

The US announced plans to form a coalition to supposedly protect shipping in the Strait of Hormuz following a series of mysterious attacks on oil tankers in the strait and the Sea of Oman.

Washington accused the Islamic Republic of having a hand in those attacks, a claim Tehran has strongly rejected. Tehran warned that such acts of sabotage may be part of a general ploy to target Iran amid increasing regional tensions.

The US asked its allies to join the coalition, a call which has not been warmly received by several countries, including Germany, Japan and Spain, over apparent fears that such a mission could further ratchet up tensions with Iran.