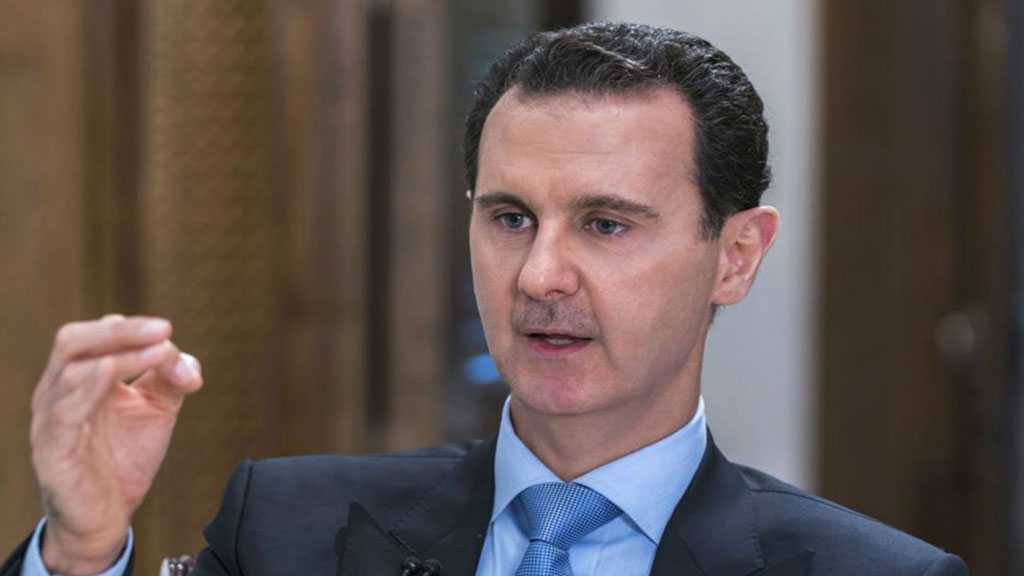 Syrian President Bashar al-Assad censured Turkey over sending a military convoy to Syria’s embattled northwestern province of Idlib, stressing that the move clearly shows that the Ankara government is offering generous support to Takfiri terrorists who have lost ground amid government forces’ push to retake the last militant-held area in the country.

Speaking in a meeting with a visiting Russian delegation from the ruling United Russia political party in Damascus on Tuesday, Assad said the recent developments in Idlib point to Turkey’s clear and unlimited support for the foreign-sponsored extremists.

He added that Syrian army troopers, nevertheless, succeeded to score victories against terrorists, particularly in Idlib, irrespective of support provided by Western and regional countries to them.

Assad stressed that the territorial gains prove the determination of the Syrian nation and army to continue fighting terrorism until every inch of the Syrian soil is liberated.

On Monday, Syria’s official news agency SANA quoted an unnamed source in the Syrian Ministry of Foreign Affairs and Expatriates, denouncing Turkey's move as an act of “aggression.”

The source added that the Turkish convoy would not affect “the determination of the Syrian Arab Army to keep hunting the remnants of terrorists” in the town Khan Shaykhun or elsewhere.

Relatively, local sources reported on Tuesday that militants had pulled out of Khan Shaykhun in the southern part of Idlib province and a nearby area in neighboring Hama province.

The withdrawal came after Syrian army troops and their allied fighters managed to enter the town, which had been occupied by foreign-backed terrorists since 2014.