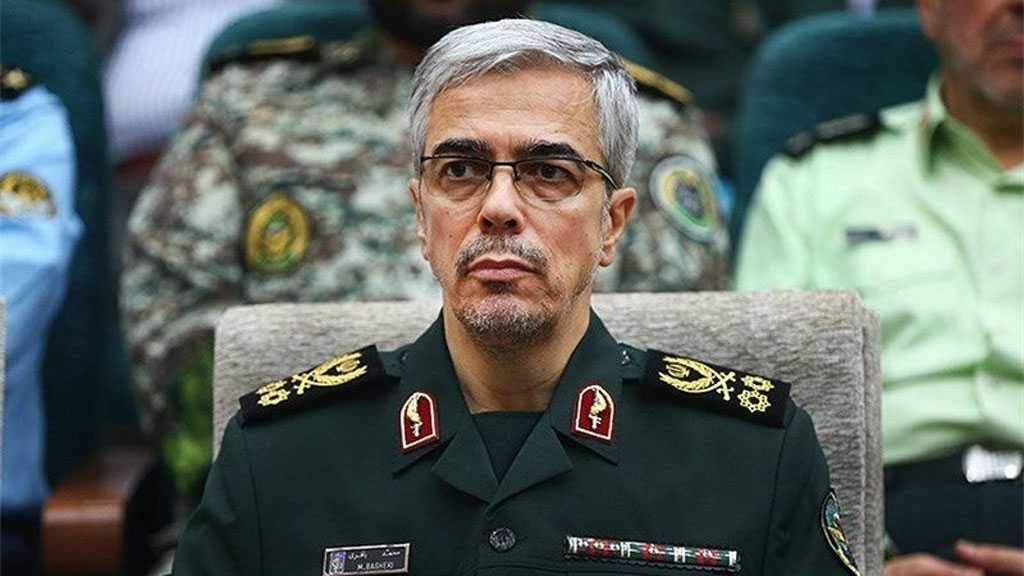 Chief of Staff of the Iranian Armed Forces Major General Mohammad Hossein Baqeri stated that the recent release of the country’s oil tanker that had been captured by the British marine forces last month shows the power of the Islamic Republic on the international scene.

“In spite of all the conspiracies and plots, the [1980-1988] imposed war and insecurities, thank God, the Islamic Revolution, today, is at the height of its power and its fruits have appeared, especially in recent months…,” Baqeri said in a speech in Tehran on Monday.

He further emphasized that the Islamic Republic’s strategic decision on the 2015 nuclear deal, known as the Joint Comprehensive Plan of Action [JCPOA], is based on wisdom, intelligence and strength, and described recent incidents in the region as manifestations of the power of the country’s Armed Forces.

“These incidents, including the shooting down of a US intruding spy drone and the seizure of the violating British oil tanker, and finally, the release of our tanker in Gibraltar, reflect the fact that the Islamic Revolution powerfully continues its path to achieve its exalted causes,” Baqeri went on to say.

The Gibraltar authorities on Thursday released the Iranian vessel, Grace 1 [now known as Adrian Darya], defying a US request hours earlier to seize the ship. They also released the ship’s crew from detention.

On July 4, the British Royal Marines seized the giant Iranian oil tanker in Gibraltar for trying to take oil to Syria allegedly in violation of EU sanctions.

Tehran maintained that the supertanker was not bound for Syria and its seizure has taken place at the behest of the US.