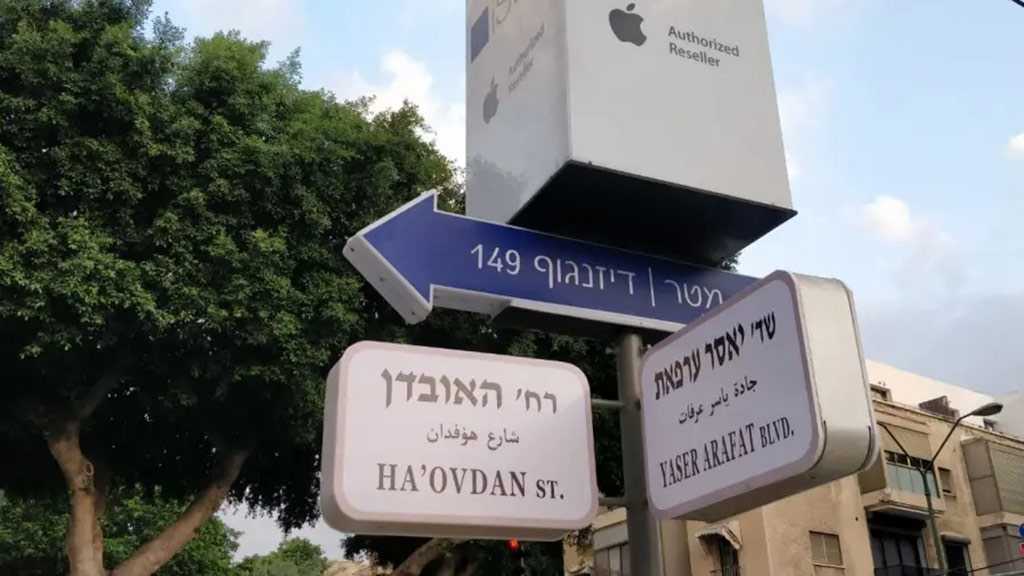 Residents of Tel Aviv were surprised to wake up on Wednesday to discover that some of them live on Yasser Arafat Street, Ismail Haniyeh Street and Incendiary Balloons Street, a press release reported on Wednesday.

The change was done overnight by an activist group called “Israeli” Victory Project [IVP] in protest of what the group claimed to be "weak" governmental actions against Hamas and the living conditions of Gaza border communities that are subjected to ongoing operations from the Gaza Strip.

Dozens of activists changed street names to Doom Street, Escalation Street and Air Siren Street, in addition to major avenues that had their names changed to the Avenue of Victory and the Avenue of Deterrence.

Slamming the government's policies toward supporting those who live under fire in the entity’s border towns for the last decade, Middle East Forum Head Greg Roman, who is also behind the IVP, said that, “we must stop managing the conflict and decide we will bring it to an end: from a position of power and on our own terms.

“Such is our demand to a future ‘Israeli’ government."