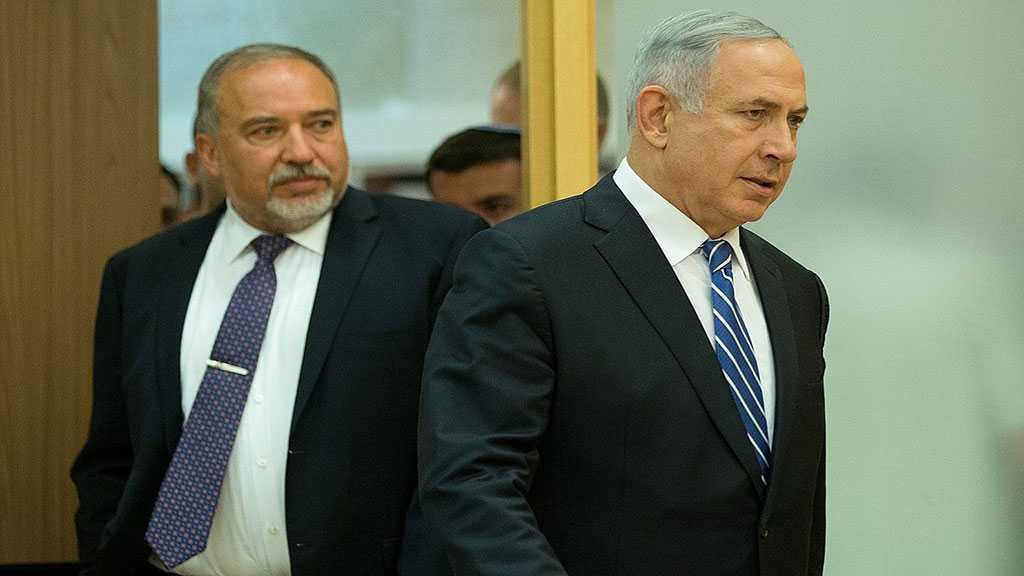 Zionist Prime Minister Benjamin Netanyahu on Wednesday expressed his opposition to a so-called ‘Israeli’ unity government with the centrist Blue and White party, rejecting a push for such a coalition by the occupation entity’s Yisrael Beytenu leader Avigdor Lieberman.

Lieberman vowed to bring about a unity government consisting of his party, Likud and Blue and White that does not include ultra-Orthodox factions if no one can form a coalition after the elections without Yisrael Beytenu.

A month and a half before the September 17 election, speculation is rife that a unity government could be the only viable result of the race. In most major polls, Netanyahu’s Likud does not appear to have a Knesset majority with just right-wing and ultra-Orthodox parties after the dramatic falling out in May between Netanyahu and Lieberman.

Similarly, Blue and White, led by Benny Gantz and Yair Lapid, looks to be unable to cobble together a coalition with parties to its left, and, without Likud, would need to build a government leaning on mutually antagonistic secularists and Haredi factions — a similarly unlikely prospect.

On Wednesday, the premier reacted to Lieberman’s push with a statement — run by the staunchly pro-Netanyahu ‘Israel’ Hayom paper as a column and featured as its main headline — saying that “my commitment is clear: There will be no unity government.”

The rest of the statement did not refer to the issue of a unity government and did not offer an explanation or elaboration on his position. It featured Netanyahu’s campaign messages pledging to form a right-wing government, calling on the public to vote for his party and attacking Gantz, Lapid and Lieberman as leftists. The premier is campaigning to pick off supporters from the Yisrael Beytenu leader’s base of immigrants from the former Soviet Union.