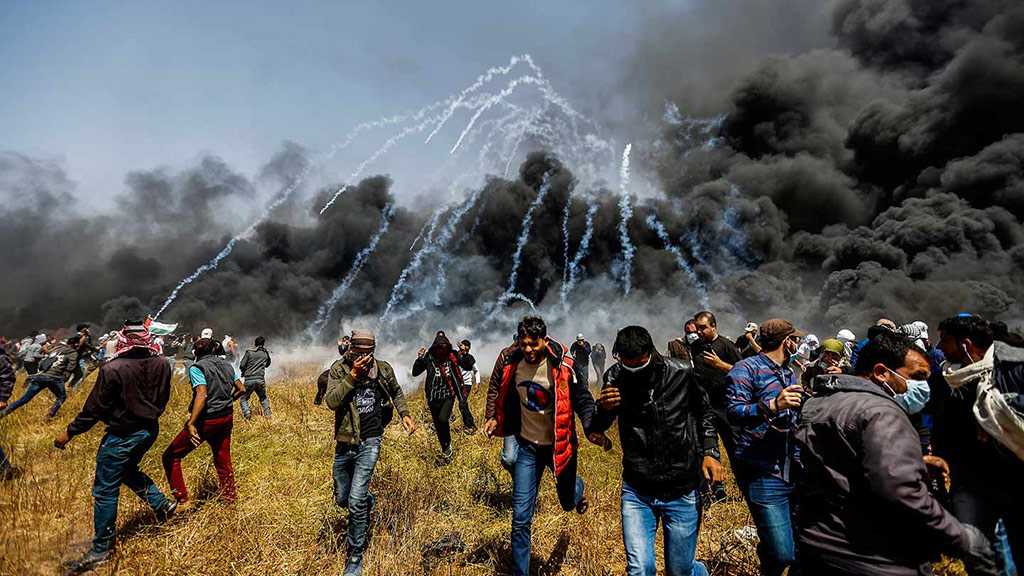 A Palestinian was martyred by “Israeli” fire during clashes on the occupied Gaza Strip border Friday, the health ministry announced.

In a statement the ministry said Ahmed Qura, 23, died "as a result of wounds sustained [from] the ‘Israeli’ occupation forces' fire."

It said he had been hit in the stomach during demonstrations along the border fence east of Khan Yunis in southern Gaza.

Since March 2018, Palestinians in Gaza have been holding often violent demonstrations along the heavily guarded “Israeli” border.

“Israeli” Occupation Forces [IOF] often fire on the demonstrators, alleging they are seeking to prevent the border being infiltrated.

At least 296 Palestinians have been martyred in Gaza by “Israeli” fire since then, the majority during the border demonstrations.

The protests have declined in intensity in recent months and Qura's was the first death in weeks.

Another 38 Palestinians were hit and wounded with live ammunition Friday, the health ministry said in a separate statement.