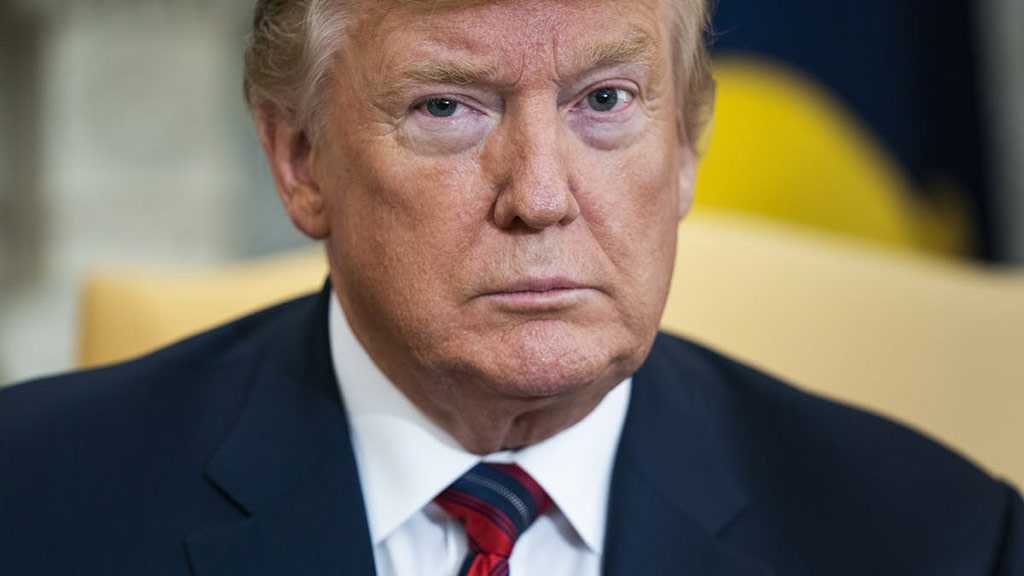 The United States is not pushing to topple Iran's leadership, President Donald Trump said, adding "a lot of progress" has been made to ease tensions that recently threatened to ignite a war.

His comments on Tuesday came after Leader of the Islamic Revolution His Eminence Imam Sayyed Ali Khamenei vowed to keep rolling back commitments under the landmark 2015 nuclear deal – formally known as the Joint Comprehensive Plan of Action [JCPOA] – abandoned by the US last year.

Trump responded that Washington is determined to stop Iran from acquiring nuclear weapons.

But he added: "They can't have a nuclear weapon. They can't be testing ballistic missiles."

Trump did not elaborate on the "progress" made, but US Secretary of State Mike Pompeo said at the same cabinet meeting that Iran had said it was prepared to negotiate over its missile program.

Pompeo told the meeting Tehran had "for the first time" signaled it would discuss the missiles, suggesting this was the result of US economic pressure.

However, that contention was quickly refuted by Iran's representative to the United Nations. "Iran's missiles... are absolutely and under no condition negotiable with anyone or any country, period."

Trump pulled the US out of the historic accord with world powers aimed at curbing Iran's nuclear program last year, hitting Tehran with crippling sanctions that it calls "economic terrorism".

Tensions have soared since Trump abandoned the accord, with the US calling off air attacks against Iran at the last minute last month after Tehran shot down a US drone.

Washington also blames Iran for a series of attacks on tanker ships in the Gulf.