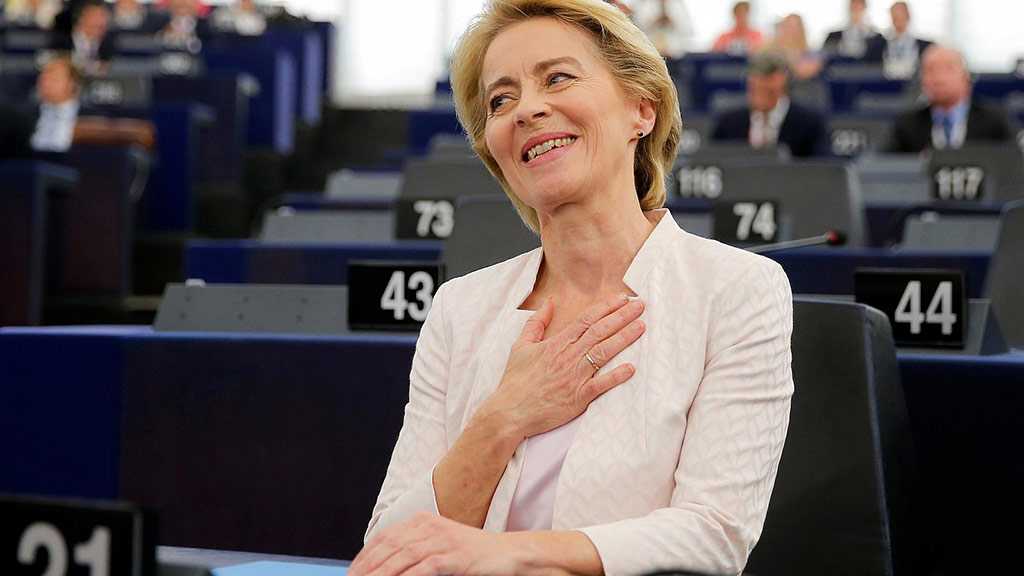 Ursula von der Leyen’s narrow endorsement by the European Parliament was greeted by political leaders with a mixture of relief, delight and dismay.

In Berlin, Chancellor Angela Merkel praised her long-time ally as a "committed and convincing European" who would "tackle with great vigor the challenges facing us as the European Union".

The outgoing president of the European Council of EU leaders, Donald Tusk, also congratulated von der Leyen, having previously declared "she will be a passionate fighter for Europe's unity."

French President Emmanuel Macron was among those who had pushed for an alternative to the original favorite candidate, the German MEP Manfred Weber. He said late Tuesday after von der Leyen’s victory: “We can be proud of Europe.”

On the right of the parliament, Brexit Party leader Nigel Farage said von der Leyen's vision for Europe would centralize power to the point where national parliaments would no longer matter, describing it as an "outright attack on the concept of the democratic nation state."

He said her nomination and endorsement “helps the Brexiteers because to have somebody who is avowedly doesn't' want anything on the nation state level makes the whole Brexit case and Brexit argument about what Europe really is a whole lot easier.”

Farage added: “It probably, after Brexit, drives us much closer towards America and further away from Europe, I think.”

Annegret Kramp-Karrenbauer, chair of Merkel’s CDU party, noted that von der Leyen’s candidacy was not endorsed by many German MEPs, with socialists only giving her their backing at the 11th hour.

It was a bit odd that the first German becoming a leader post as European Commission President in 50 years did not get the support of some SPD and The Greens lawmakers in the European parliament,” she said. “That will leave some questions to be answered in Germany as well."

Meanwhile, Lithuanian President Gitanas Nauseda noted that von der Leyen’s majority was roughly equivalent to the number of MEPs from Lithuania. “So our negotiating position on the commissioner’s portfolio will be very strong,” he joked.