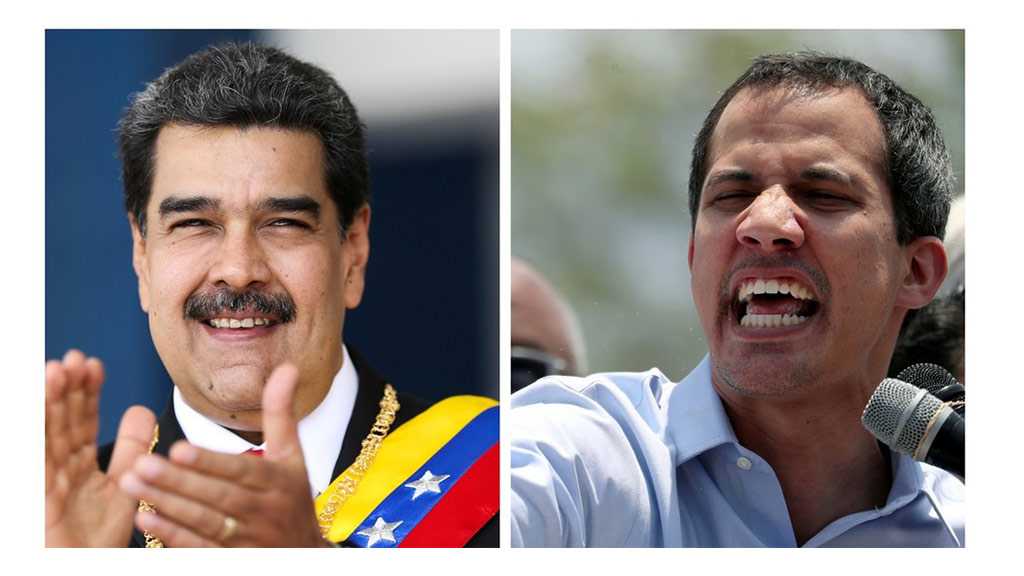 Venezuelan President Nicolas Maduro called for reconciliation and talks with the US-backed opposition that has repeatedly tried to unseat him, while its leader Juan Guaido doubled down on denouncing Maduro’s “dictatorship”.

“There is room for all of us within Venezuela,” Maduro said in an Independence Day speech on Friday to a group of senior military officials in Caracas, continuing to push for resuming mediated talks with his recalcitrant rival, who declared himself president in January with Washington’s backing. “We must all give up something in order to reach an agreement,” Maduro said.

The latest round of talks in Oslo, Norway was cancelled following the death of former naval captain Rafael Acosta in prison a week after he was arrested on charges of treason for allegedly plotting to overthrow Maduro. While the opposition claims Acosta was tortured in custody, Commander Remigio Ceballos announced without naming him that the military “regretted the events related to the loss of the retired naval official” and said the government was investigating what led to Acosta’s death.

For his part, Guaido took the opportunity to tear into Maduro’s government, holding an Independence Day rally in which he instructed supporters to march on military counterintelligence headquarters – the site of Acosta’s alleged torture. It was his first major public demonstration since the failed April 30 coup attempt, in which the mass military defection he [and his backers in the US] anticipated failed to materialize.

“There is no longer any valid euphemism to characterize this regime, other than dictatorship. The systematic violation of human rights, the repression, the torture…it is clearly identified in the [UN] report,” Guaido told reporters on Friday.

That report, by UN human rights chief Michelle Bachelet, was criticized by the government for its “selective” focus on “alleged extrajudicial killings by security forces” and deviated significantly from the tone of comments Bachelet made to Maduro last month which suggested she understood the central role US sanctions had played in creating Venezuela’s economic disaster.

The UN report “invisibilizes – once again – the victims [of violent opposition groups] and protects those responsible for the violence that has done so much damage to the country,” the Committee for Victims of the Guarimbas tweeted after its release, complaining that Bachelet had broken the promise she made when meeting with them during last month’s fact-finding mission to tell their stories.

The UN report also appears to contradict UN special rapporteur on the negative impact of sanctions Idriss Jazairy, who reported in May that US sanctions were at the core of Venezuelans’ suffering, and Columbia economist Jeffrey Sachs, whose Center for Economic and Policy Research found in April that sanctions had directly caused the premature deaths of 40,000 Venezuelans from 2017 to 2018.

Representatives for Maduro and Guaido have met several times in Oslo to discuss a potential way out of Venezuela’s economic and political crises, though their attitudes toward the talks differ greatly. While Guaido – and the US State Department – have insisted that the only possible solution is removing the socialist leader, Maduro declared earlier this week that the two parties would reach a “great agreement on mutual understanding and peace, dialogue and democracy for Venezuela” by the end of the year.