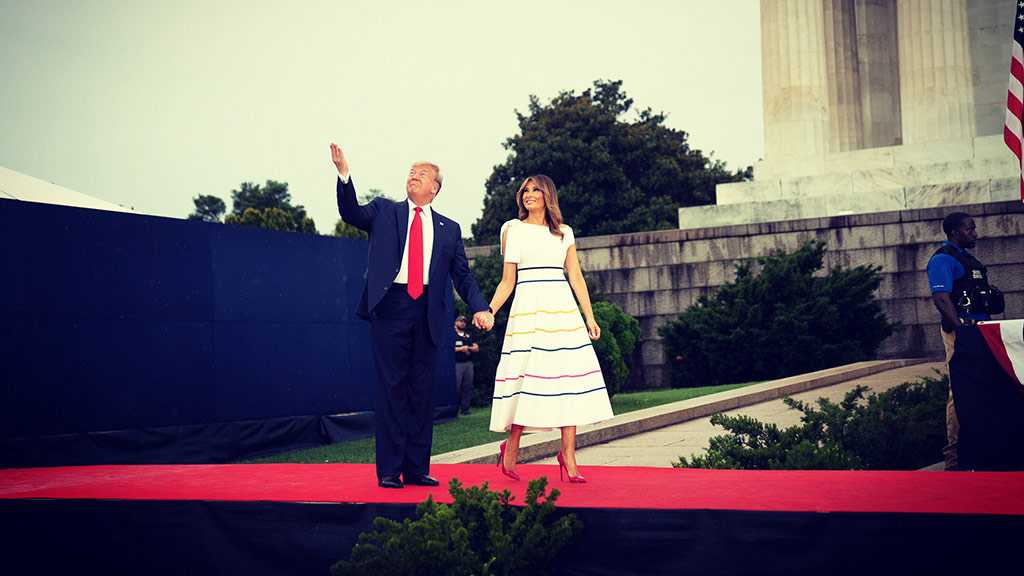 First lady Melania Trump’s choice of outfit for the 4th of July “Salute to America” parade has been attacked by a barrage of online criticism.

Melania was wearing a dazzling white $1,200 Caroline Herrera dress with striped detailing. But the ensemble did not go down well with everybody, as some on Twitter compared her elegantly understated dress to a blank piece of lined paper, or a blanket.

Another person went as far to suggest Melania's dress was “Russian style”.

Twitter users took sides, with some venting their acute dislike of the first lady’s outfit.

One said on Twitter: “I wasn't going to watch Trump's speech but I did notice Melania is wearing a Russian style skirt on her dress. The ribbon rings are a superstition to keep bad spirits away.”

Another user wrote: “Does Melania think this is an Olympics event? Interesting dress.”

But there were a great many who were enchanted by Melania’s choice of dress, posting: “Melania – as beautiful as ever! Great dress!”

Thousands participated in the annual National Independence Day Parade, marching in the central streets of the US capital hours before the first “Salute to America” event, initiated by President Donald Trump.

Trump had first voiced the idea to hold the celebration after attending a Bastille Day military parade in Paris in 2017.

“Salute to America” paid tribute to each of the five US service branches and included flyovers by various military jets and a display of M1 Abrams tanks and Bradley Fighting Vehicles.

While Melania and her husband US President Donald Trump addressed supporters at the parade, thousands of demonstrators took to the streets to protest Trump's “Salute to America” speech, which was given at the Lincoln Memorial in Washington DC.

Following scuffles outside the White House, three people were detained by the secret service.