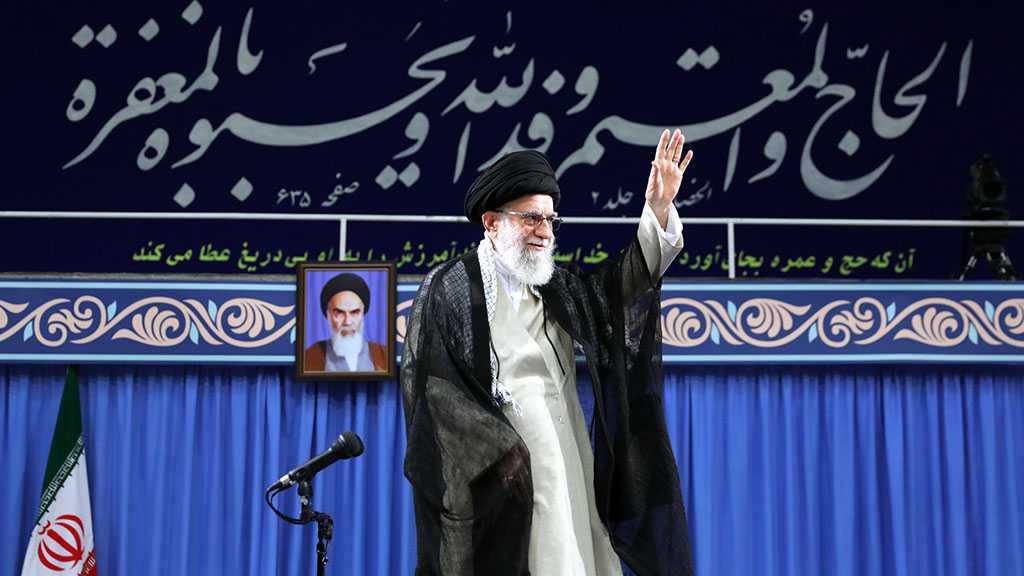 Leader of the Islamic Revolution His Eminence Imam Sayyed Ali Khamenei on Wednesday received officials in charge of the Hajj pilgrimage affairs in the Islamic Republic.

The annual Hajj is a major religious duty for Muslims and must be performed at least once during a Muslim's lifetime.

During the meeting, Imam Khamenei stressed that Hajj is a manifestation of submission to and humbleness before God; it also has the social factors of unity, brotherhood, and harmony. Moreover it is a display of congregation as well as morality.

Commenting on the tragedy of Iranian pilgrims in 2015, Imam Khamenei stressed that “The Saudi government bears major responsibilities. Among their responsibilities is providing security for the pilgrims but they should not create a security atmosphere. While the pilgrims are in Mecca and Medina, they should treat the hujjaj properly, respectfully, and with honor; because they are the guests of God, the Merciful.”

About 500 Iranian pilgrims were martyred during a stampede in 2015 Hajj annual congregation when, according to reports, two large groups of pilgrims moving forward in Mina faced with unusual closed doors, a few kilometers east of Mecca, on their way to performing the 'Stoning of the Devil' ritual at Jamarat.

Iranian officials in charge of Hajj pilgrimage said that the road had not barrier so far and that putting the barrier had been manipulated to trap Iranians in a pre-meditated crime against Iranian pilgrims.

Iran lodged lawsuit with the Saudi Justice Department to demand reparations for the victims, but, the Saudis have yet to pay compensation for the cold-blood murder.