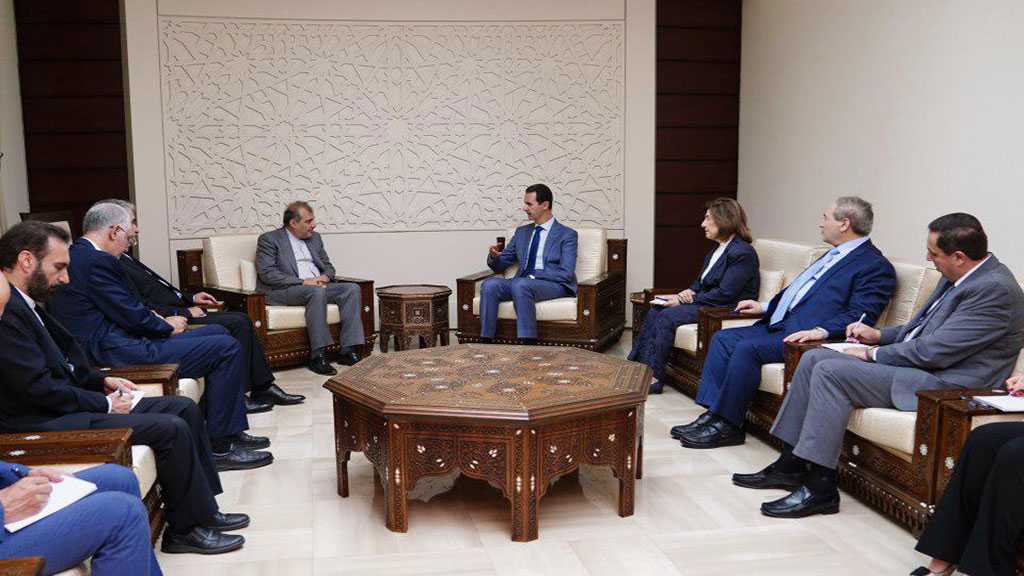 Syrian President Bashar al-Assad stressed that his country fully supports the Iranian nation and the Islamic establishment against all threats and acts, which contravene international law and regulations.

Speaking during a meeting with Ali Asghar Khaji, a senior assistant on special political affairs to Iranian Foreign Minister Mohammad Javad Zarif, in Damascus on Tuesday, al-Assad underscored his country’s backing for Iran and its leadership, stating that Syria defends Iranians’ strive for their rights and stands by them against all threats and acts that violate the basis of the international law.

Al-Assad was then briefed on the developments concerning the Iran nuclear deal, formally known as the Joint Comprehensive Plan of Action [JCPOA], following the US departure from the 2015 agreement, and Washington’s latest escalatory moves in the Middle East region.

The two sides also exchanged viewpoints on Syria’s counter-terrorism campaign, counterattacks to assaults being carried out by foreign-sponsored Takfiri terrorist groups positioned in Syria’s northwestern province of Idlib, initiatives for a political solution to Syria's crisis, the next round of Syria peace talks in Kazakhstan, as well as the latest regional and international developments.

Khaji, for his part, pointed to the deeply-rooted relations between Tehran and Damascus, emphasizing that the Islamic Republic is determined to bolster such ties in all areas in order to serve the interests of both nations.

The Iranian nation and government will continue to support Syria until it liberates all its territory and rebuilds what has been destroyed by the war, he pointed out.