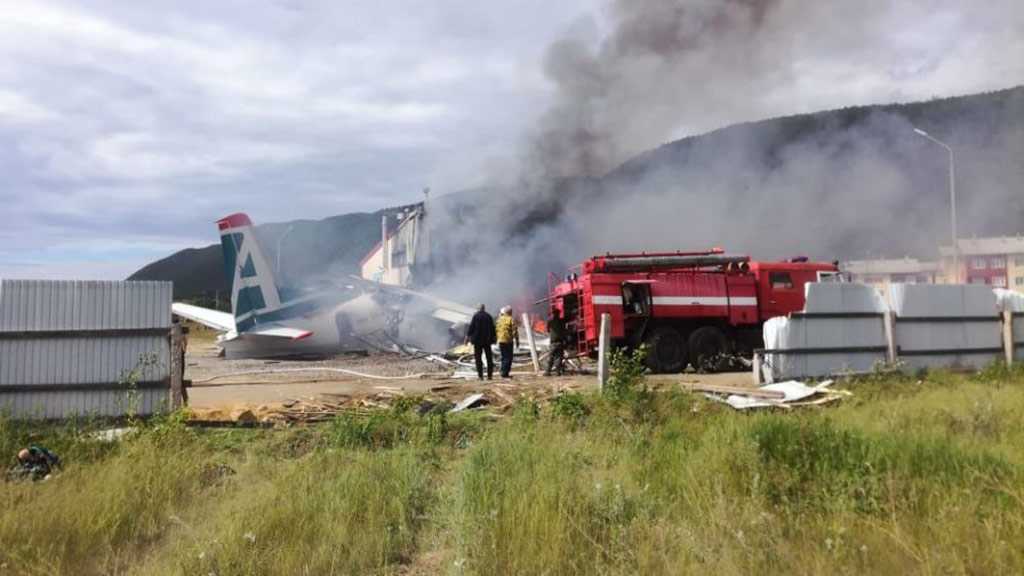 Nineteen people have been hospitalised after an emergency landing of the Russian An-24 passenger plane in the city of Nizhneangarsk, located in the county's Republic of Buryatia, a representative of a local emergency call center said.

The press service of the regional head said that 43 people had been rescued while two pilots had been killed.

"The An-24 plane went outside the runway. Forty-two passengers, including one child, have been evacuated", a spokeswoman of the Russian Federal Air Transport Agency told Sputnik, noting that the authorities were clarifying the number of people deceased in the accident.

The accident took place earlier on 27 June. According to the regional Interior Ministry, the An-24 plane, which was en route from Ulan-Ude to Irkutsk via Nizhneangarsk, landed at 10:20 a.m. (02:20 GMT) in Nizhneangarsk.

Soon after the takeoff from Nizhneangarsk, one of its engines failed. The crew decided to return to the airport. The plane rolled off a runway, crashed into a building and caught fire.

The police said rescuers and security personnel were working on the site of the accident. The call center said it was collecting information on the passengers.