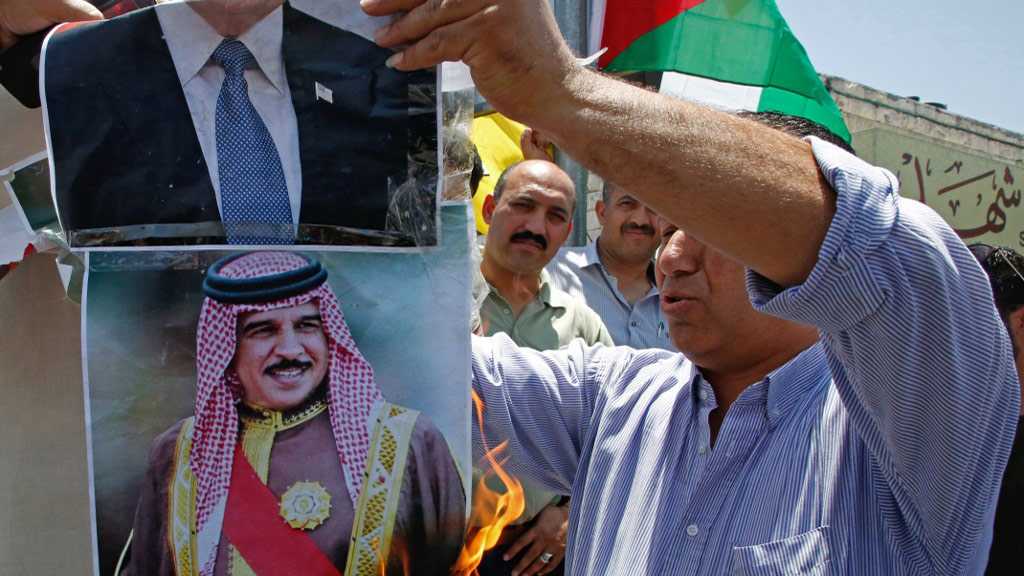 Four Palestinians were injured by rubber bullets near al-Khalil [Hebron] as people took to the streets and burned tires Monday in protest of the US-led economic conference in Bahrain this week – the first of two parts in the Trump administration’s so-called “peace” plan.

The “Israeli” Occupation Forces [IOF] braced for possible clashes amid concerns that demonstrations could reach as far as the border checkpoints in the coming “days of escalation against the occupation,” called for by Palestinian factions.

Finance officials flew into Bahrain on Monday for the so-called “Peace to Prosperity” economic workshop that will take place on Tuesday and Wednesday, holding out billions of dollars for the Palestinians, whose leaders pronounced the idea dead on arrival.

Unlike previous high-profile initiatives, the new plan will be an intimate affair opening Tuesday evening with cocktails and dinner at a luxury hotel in Bahrain, which like other Gulf Arab states has increasingly found common cause with the “Israeli” due to their shared hostility towards Iran.

It proposes raising more than $50 billion in fresh investment for the Palestinians and their Arab neighbors with major projects to boost infrastructure, education, tourism and cross-border trade.

The Palestinian Authorit [PA] is boycotting the workshop, with PA Prime Minister Mohammad Shtayyeh criticizing the plan for saying nothing about ending the “Israeli” occupation.

"This economic workshop in Bahrain is really going to be nonsense," he told a cabinet meeting on Monday.

"What ‘Israel’ and the United States are trying to do now is simply to normalize relations with the Arabs at the expense of the Palestinians," he added.