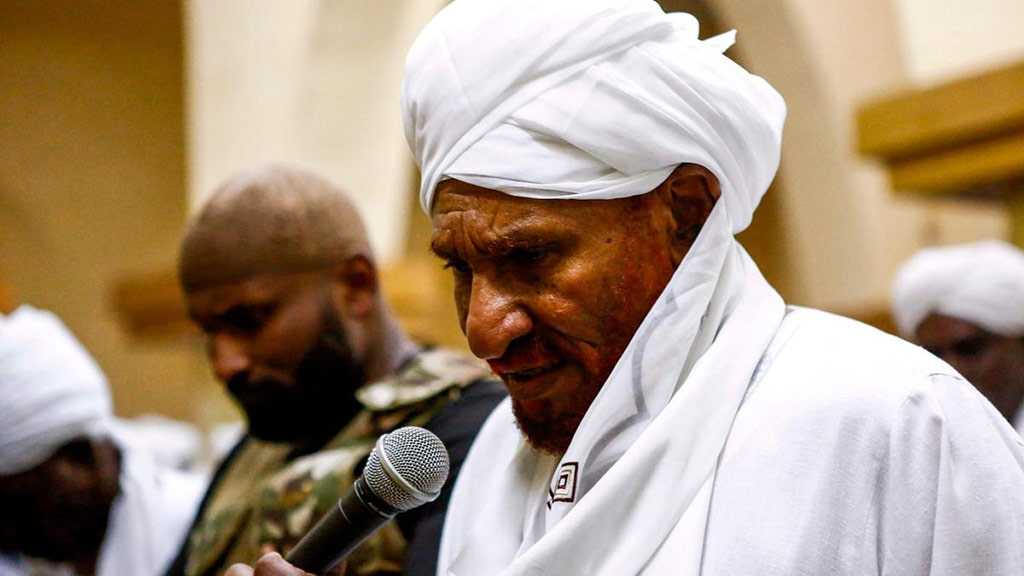 Sudan’s veteran opposition leader Sadiq al-Mahdi called for an independent probe into the deadly June 3 crackdown on protesters and a "non-partisan government of experts" to steer the country out of crisis, his comments came in an interview with FRANCE 24 on Thursday.

Sudan’s ruling Transitional Military Council [TMC] has rejected calls for an international investigation after thousands of protesters who had camped outside the army headquarters in central Khartoum for weeks were dispersed in a brutal clampdown that left dozens dead.

The crackdown followed the collapse of talks between protest leaders and generals, weeks after the ouster of longtime president Omar al-Bashir.

“The military council has already made several contradictory declarations and therefore we all need to have an investigation that will be trusted by all because the death toll and the bloodbath that took place will not be accepted without an investigation that is trustworthy,” Mahdi said.

Sudan’s last democratically elected prime minister, Mahdi was overthrown in 1989 by an alliance of "Islamists" and military commanders that formed the nucleus of Bashir’s former regime.

“The key to our problems is that the military council came to power without a plan,” Mahdi said of the events that followed Bashir’s ouster on April 11. However, the veteran opposition leader said he was confident Sudan would find a way out of the crisis “through a national mediation effort supported by regional and international mediators”.

Mahdi called for the formation of a “non-partisan government of experts” to steer the country out of the present crisis and towards free elections. He said members of the military council were welcome to take part in such elections as long as they play by the rules.

“They will have to change themselves into a civilian role and form a political party and compete in the free general elections,” he said of the TMC members, adding: “We will not accept any leadership which comes through the barrel of a gun.”