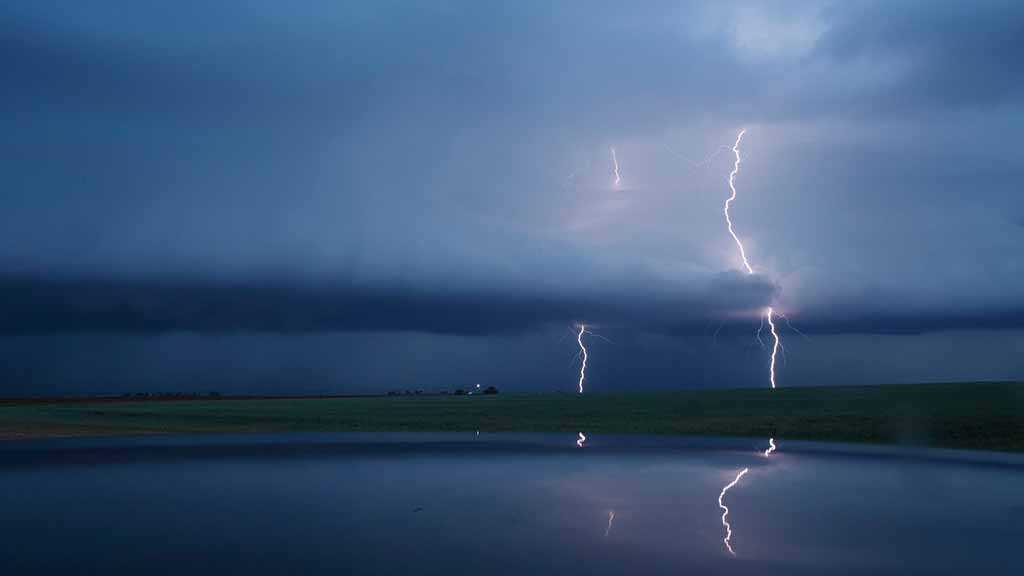 More than two million people in Oklahoma and the Texas Panhandle are in harms way after the National Weather Service's Storm Prevention Centre [SPC] announced a threat level-five warning – their highest – for violent tornadoes as well as warnings for significant hail and flooding lasting into Monday night.

They've also designated the storm a 'Particularly Dangerous Situation' or PDS, their most dire classification. This is the first time in two years that the National Weather Service has issued such high warnings for a storm.

According to the SPC, the probability of all three weather types is 95%. The only other storm to have had such high probabilities in the SPC's history, was an Alabama storm in 2011, the center pointed out. Marble-sized hail has already been reported in Oklahoma and baseball sized hailstones are a possibility.

In anticipation of the storm Oklahoma City and Tulsa, Oklahoma, closed down schools for the day, while Tinker Air force Base evacuated some of its aircraft, CNN reported.

Veteran storm chaser Mike Smith cautioned others against braving the storm. "To: #StormChasers, I believe I am the only one of the original, 1972, chasers still chasing. But, I will not be out today. It is too dangerous. The tornadoes will be difficult to see and too dense & flooding could cut off escapes." he wrote in a tweet.

The storm comes on the 6th anniversary of the 2013 Moore tornado that killed 24, including 9 children, in the town of Moore, Oklahoma.

Over the weekend 52 other tornadoes hit seven states across the country.