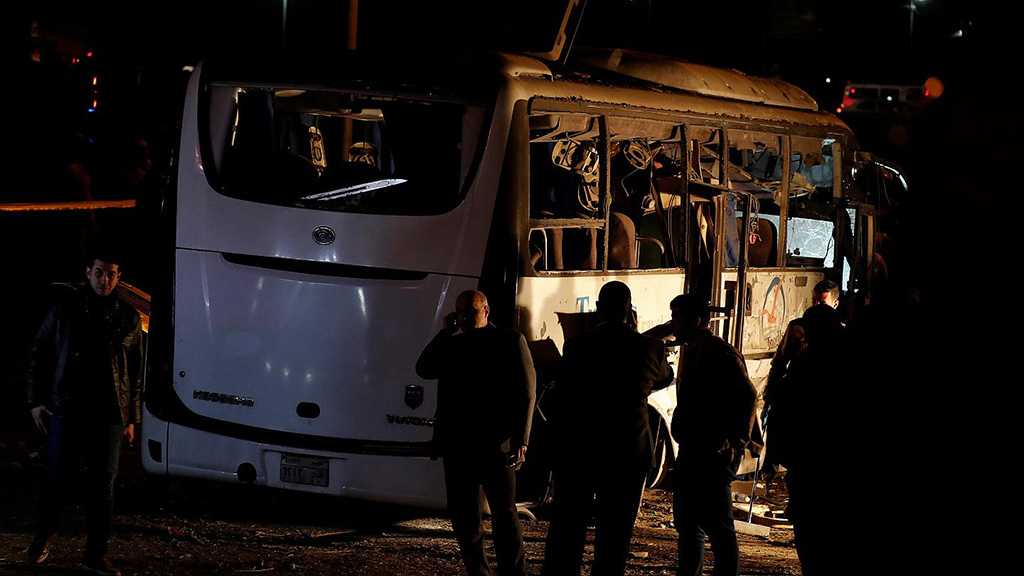 Twelve suspected militants were killed Monday in police raids near Cairo, Egypt's interior ministry announced, a day after a bomb blast injured 17 people including tourists near the Giza pyramids.

Security forces "carried out a raid against an apartment in the 6th of October district used for making explosive devices... These forces were shot at and responded, which left seven dead among the group," which has ties to the Muslim Brotherhood, the ministry said in a statement.

In another such raid in Cairo's al-Shorouk neighborhood against the militant Hasm group, an armed affiliate of the Muslim Brotherhood, the ministry said five suspected militants were killed in an exchange of fire.

Weapons and ammunition were seized in the two apartments, the interior ministry said.

"As part of the ministry's efforts to tackle the Muslim Brotherhood terrorist organization, information reached national security services" of attacks being prepared by Hasm, the ministry said.

The statement did not directly link the raids to Sunday's attack in which a roadside bomb hit a tourist bus near the famed Giza pyramids.

There was no claim of responsibility.

It came months after three Vietnamese holidaymakers and their Egyptian guide were killed when a roadside bomb hit their bus near the pyramids in December.

The Hasm group emerged in 2016 and has in the past claimed responsibility for several attacks.