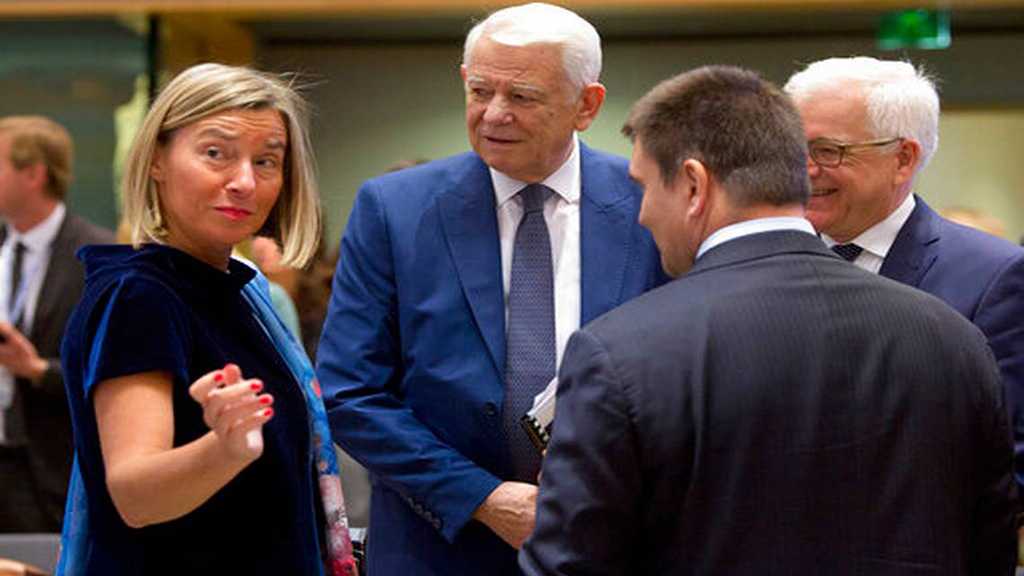 The European Union strongly advises avoidance of any “military escalation” against Iran as the United States keeps piling pressure on the Islamic Republic and trying to force other countries to follow suit.

EU Foreign Policy Chief Federica Mogherini made the remarks in Brussels on Monday after a meeting of the bloc’s foreign ministers. The summit was crashed by US Secretary of State Mike Pompeo, who reportedly tried to sell Washington’s hard line on the Islamic Republic.

Mogherini, however, argued that "maximum restraint and avoiding any escalation on the military side" would be "the most responsible" course of action.

“Pompeo heard that very clearly today from us, not only from myself, but also from the other ministers of EU member states,” she added. Pompeo had to shave a day off a planned visit to Russia to jet into the summit.

“We are living in a crucial delicate moment,” Mogherini noted, adding, "We, as you know, as the European Union, always encourage dialogue and diplomatic engagement. This has always been our commitment. This is what we are practicing, including with Iran.”

Pompeo stands behind the administration of US President Donald Trump’s policy of “maximum pressure” against Iran. The policy also has National Security Adviser John Bolton as the person trying his best to escalate it into military conflict.

In this respect, the US left a multi-lateral nuclear deal with Iran, which has the UK, France, Russia, China, and Germany as its other signatories, last year. It then reinstated the sanctions that had been lifted under the accord. The moves came while the deal had been ratified in the form of a United Nations Security Council resolution, making Washington culpable for violating international law.

Washington has also been trying to reduce Iran’s oil exports to “zero,” and sent an aircraft carrier strike group, a bomber squad, an amphibious assault ship, and a Patriot missile battery to the Middle East to try to stack up pressure on Tehran.

The Europeans have, time and again, declared that they would be staying true to the deal and make up for the US’ withdrawal from the agreement.

Mogherini likewise said, “There is full determination on the European Union's side, and also all the member states expressed that today very clearly on continuing to implement it at full the nuclear deal with Iran."