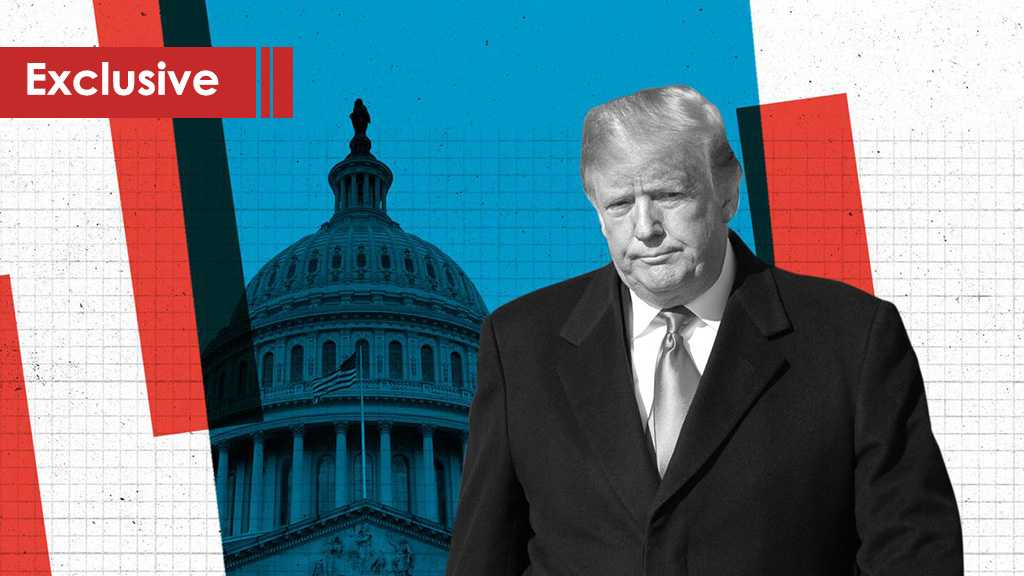 Washington - In an exclusive interview with al-Ahed News Website, American journalist Janice Kortkamp dismissed Saudi Arabia's April 23 executions of 37 people convicted on “terrorism” charges recalling that Amnesty International slammed the Saudi regime’s escalation in the use of the death penalty.

Below is the full text of the interview:

Q: Amnesty International has condemned Saudi Arabia's executions of 37 Saudi dissidents on allegations of "terrorism"... Should US President Donald Trump be considered a collaborated with MBS in these executions that seem won't be last?

A: According to Saudi authorities, "terrorism" seems to consist of any and all political or religious dissent. MBS seems to be continuing and increasing the tradition of the Saud clan's consistent punishment against any form of opposition to their tyrannical rule. Regarding President Trump, there are two definitions of collaborator - one simply means to work jointly on a project, the other is to cooperate traitorously with an enemy. Given those two definitions, Trump could not be considered a collaborator (in my opinion) regarding the executions because he didn't assist in them, and sadly Saudi Arabia is considered an ally not an enemy of the US so the second meaning doesn’t apply either. However Trump, as former US presidents and other western leaders have, continues to protect, defend, assist - and often control - the Saud "royal" absolute dictators, so in the broader sense the answer is yes.  I must add though that Amnesty International has no credibility with me personally as I've seen how they have fabricated reports during the war against Syria and proven themselves in that conflict to be completely biased in favor of western backed armed groups. They seek to be considered a valid, neutral watchdog of human rights abuses by reporting on and condemning things like this, however just like western based mainstream media, they are now tainted and their true character exposed.

Q: What are the three most important human-rights violations in Saudi Arabia today?

A: It's difficult to choose only three but I would say the lack of freedoms for religious minorities, women, and political dissenters is the most important. Second would be the harsh punishments for crimes and the abuses suffered by foreign workers. And third would be the gross inequality of dispersing the country's wealth to only a few while most people, those who are not of the royal family or not in favor, are often kept poor and destitute.

Q: Labelling the victims of executions "in connection to terrorism", the regime is cracking down on legitimate religious activities and Shia minority. How has this affected human rights in KSA?

A: This is a very complex topic. I think most people would agree that the basic meaning of terrorism is: an act (or acts) of violence against civilians to create widespread fear to order to further political objectives. However, there is no accepted definition of terrorism by world leaders and this has left a kind of loophole for governments and groups to use to justify any action or policy. For example, America's "War on Terror" launched under the GW Bush administration basically created a war OF terror where the US could simply say at any time in any place they were "fighting terrorism" to have the legal basis for waging war including sponsoring terrorist groups like in Libya and Syria. 'Israel' uses this pretext to try to legitimize their daily atrocities against Palestinians, even calling babies "terrorists". On the other hand, while Syria has been fighting against ISIS, al Qaeda, and hundreds of militant groups that have all committed atrocities against civilians on a routine basis, the US and other western nations continue to refer to them as "rebels" or "moderates". It is all a terrible game. Regarding how this latest horrific execution spree will affect human rights within KSA, that is hard to know. With the Saudis openly supporting and in alliance with “Israel”, it is very likely in my opinion that we will see greater persecution of the Shia minority and quite possibly actions to "religiously cleanse" KSA as the Zionists have been ethnically cleansing Palestine.

Q: How a big problem is execution and crucifixion in your country, USA and, will the Saudi latest procedure affect US relations or US was already notified in advance?

A: The US of course also has capital punishment and although people often are imprisoned and even executed for crimes they were later found innocent of, still many people in America support the concept in cases of horrific crimes like mass murders for example. That being said, the idea of executing, and particularly crucifying, political or religious dissenters is an abomination I would say for almost all people here. The problem is that people in the US still get most of their news from the totally profit and agenda driven mainstream media - if they watch or read any news at all. Sadly too many Americans are completely ignorant of events going on elsewhere around the world. The only thing that changes that is when the mainstream media decides to really focus on some event or issue which could be anything from a celebrity couple divorcing to a hurricane to a war or horrific human rights abuses like the recent execution. Since the murder of Khashoggi, the mainstream media is definitely less sympathetic to MBS. Proof of how corrupt American media is how for years news outlets were basically silent during all the mass-murdering bombings, forced starvation, widespread cholera etc., in Yemen because of the Saudis' aggression with help from their allies of the US and UK in particular; but one journalist’s death (who himself had supported al Qaeda and other terrorists) seemed to open their eyes at least for a little while. I do not know if the US was notified by the KSA government in advance of the executions though I am sure they knew about it.

Q: HRW in its latest report said "The Specialized Criminal Court convicted 25 of the 37 men in two mass trials, known as the “Qatif 24 case” and the “Iran spy case,” both of which included allegations that authorities extracted confessions through torture.".. Your take on this please?

A: Many nations employ torture to obtain confessions and extract information; this is a sad reality. Given KSA's isolation and immunity from all reprisals I would say they probably use it to greater extent than any other country. I have no doubt those prisoners were tortured and suffered beyond anything I can imagine. The stakes in the region could not be any higher. The US and western allies, with 'Israel' and Saudi Arabia are out to destabilize and weaken Iran at the very least - and possibly start all-out war. Iran knows this of course and will do everything it can to fight it, to protect the Shia populations in addition to other minorities, and to promote all resistance within the region against the dominance of the west, 'Israel', and KSA.

Q: "Eleven of the executed men were part of the Iran spy case, which involved 32 defendants. They were accused of offenses constituting “high treason,” including meeting with Iranian “intelligence agents” and passing them confidential military information and background information on Shia communities in Mecca, Medina, and Saudi Arabia’s Eastern Province." HRW said... Here, Saudi Arabia hosts over 30% Yemeni resigned government in its hotels for providing intelligences and spying to its military invasion on Yemen, but it is killing its citizens on the allegations of spying for Iran though Iran is not attacking KSA and the late do so in Yemen. Who will put an end to the double standard and hypocrisy of this murderous regime?

A: I wish I knew the answer to that question. Only China and Russia can put the necessary pressure on against the true "axis of evil" of the US/west, 'Israel' and KSA, both politically at the UN and economically. The question is, how far are they willing to go? It seems that their frustration is also mounting and they drew a red line in Venezuela. Only time will tell if they will do the same in the Middle East.

Q: “Mass executions are not the mark of a ‘reformist’ government, but rather one marked by capricious, autocratic rule,” Michael Page, deputy Middle East director at Human Rights Watch said. Why does Trump keep blind eye on such politically motivated executions that's not less serious of Jamal Khashoggi dismemberment in Saudi consulate in Istanbul?

A: Trump is all about money and staying in power through the next election now. He didn't care about Khashoggi and he has proven he has no concern about Yemen by vetoing the bipartisan bill finally passed through Congress to end our involvement. Unfortunately right and wrong do not enter into the decision making process of US foreign policy - only money - and this has been true for a very long while, many decades but particularly since 9/11. What is different now under Trump is that there is very little if any pretense left that America is some kind of moral force for good. As an American, these are hard truths to face but just as in trying to heal a disease, first the disease must be diagnosed and acknowledged. More and more people here are aware that we have become a very sick society and that our foreign policies and actions are based on greed and violence. The only hope I see for America is that enough people get angry over these policies and demand change. As for the Middle East region, in my opinion, we also need strong leaders who refuse corruption and seek only the betterment of their people and stability for their nations and region. After spending time in Syria, Lebanon and some in Kuwait, I know there are people who have the qualities to be great leaders and my hope is to one day see all the people there safe and prosperous.

US Journalist to Al-Ahed: Saudi Arabia, “Israel” So Much Alike…Trump Continues to Protect Saudis’ Tyrannical Rule