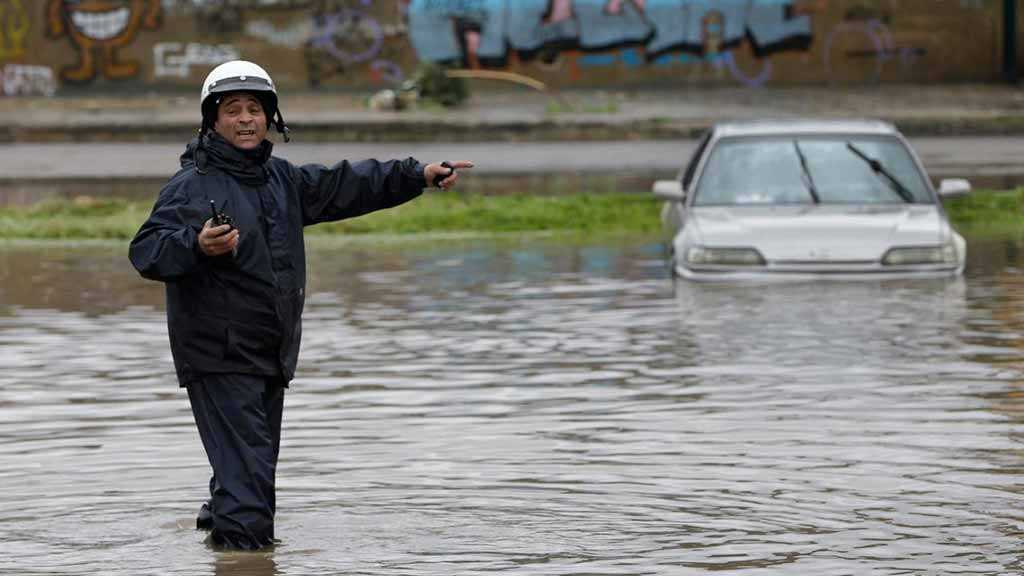 A video posted on local news site LBCI showed cars splashing through a river of tire-deep water on the seaside road in Zouk Mikael.

And in the Akkar village of Abboudieh, a man was injured when his car flipped over, having skidded on a wet road. Rescue teams had to use hydraulic machinery to remove the man from his damaged car, local media reported. He was later taken to Halba Public Hospital for treatment.

Traffic was also disrupted on the road between Tripoli and Minyeh, as a large pool of water had collected in the Arman tunnel.

In the Metn town of Khinshara-Juwa, videos posted on LCBI’s website showed hailstones pelting a car as it drove along an ice-covered road.

The Beirut airport’s Meteorology Department has forecast heavy rains and thunderstorms Friday, accompanied by snow at 1,300 meters. Temperatures on the coast are expected range between 8 and 20 degrees Celsius; between 5 and 13 Celsius in the mountains; and between 6 and 15 degrees in Bekaa.