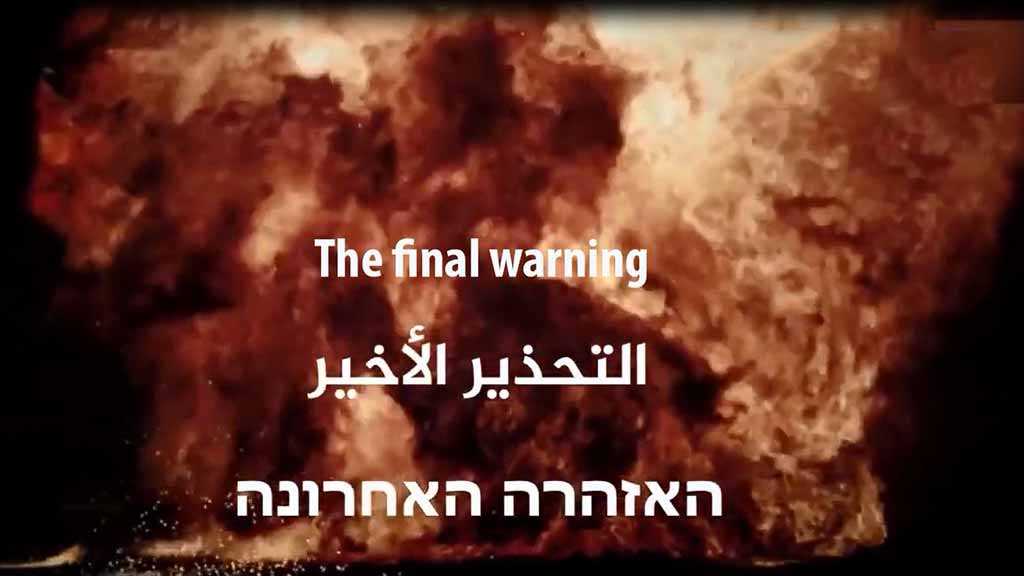 An “Israeli” delegation that canceled its participation in a business conference in Bahrain this week was motivated by a Shia opposition group releasing a video showing a simulated drone attack blowing up the “Israeli” participants.

The video, uploaded to social media by the Saraya Waad Allah group, showed an armed drone targeting the hotel the delegation may have intended to stay at, as well as the conference center where the Global Entrepreneurship Congress is being held April 15-18.

The detailed video complete with captions in Arabic and Hebrew showed an El Al plane arriving at Bahrain’s international airport at 8 a.m. on April 14. The delegation’s motorcade is then followed in the air by a drone to the Meridien Hotel, with the subtitle stating, “Location where the delegation is staying.”

The video ends with a drone exploding at the entrance to the Bahrain International Exhibition and Convention Center with the date and time of April 16 14:00 AM and the message “the final warning” on the screen.

A number of “Israeli officials”, including the entity’s so-called Economy Minister Eli Cohen, were scheduled to attend the Global Entrepreneurship Congress that opened in Manama on Monday.

The delegation backed out Sunday, citing an unspecified security threat.

The entity’s Channel 12 reported Monday that the publication of the video prompted the delegation to cancel its participation.