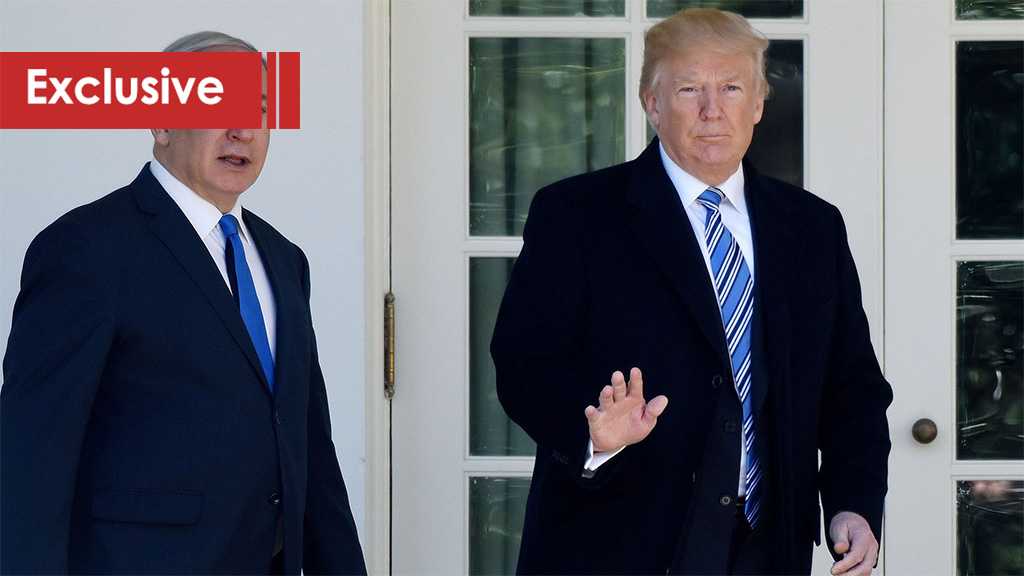 The following is the full interview with former head of the American visa bureau in Saudi Arabia, Michael Springmann, which took place on April 7:

Al-Ahed: After six months of killing Khashoggi, Saudi regime is detaining two dual US-Saudi citizens, along with other women’s rights activists… as a former US diplomat in the kingdom, do you see any role for Trump administration that might be taken in this regard?

Trump's head-in-the-sand attitude toward the kidnapping of American citizens demonstrates his entire attitude toward his own country in particular and the rest of the world in general.  He is obsessed with the possibilities rather than the realities of Saudi money.  If the funds don't go to him personally, they certainly go to his friends in big business and their corporations which sell arms.  He cares more about money than people or civil rights

Al-Ahed: Congress has pushed back to Khashoggi murder, as it has officially passed a resolution to end US support for the Saudi de facto ruler MBS war on Yemen, do you see it a rebuke for MBS and Trump who has already vowed to veto it?

Yes, I do.  There was enough media attention devoted to Khashoggi's killing that the politicians in Congress felt they had to act, if only symbolically.  Moreover, there was sufficient talk about other killings and disappearances, particularly of dissident women, that the matter could no longer be ignored.  In December 2018, the Senate easily passed a resolution naming Saudi Crown Prince Mohammed bin Salman as "responsible" for US-based journalist Jamal Khashoggi's slaying.  While that resolution stalled in the House of Representatives, it has returned in stronger form.  On Thursday, April 4, 2019, the House approved a measure to cut off US support for the Saudi-led coalition in Yemen's bloody war, in yet another harsh, bipartisan rebuke of President Donald Trump's foreign policy. [The Senate had already approved it.]  Invoking the War Powers Act of 1973 for the first time, the Congress put Donald Trump on notice that he can't continue supporting the Saudi war of aggression on Yemen. The President may veto the matter, but, if there are sufficient votes, Congress might overcome the rejection and the resolution would become law.

Al-Ahed: Does Trump has any legal right to gift Golan Heights to ‘Israel’ or recognize al-Quds [Jerusalem] as its capital where more than 1 billion Muslim around the world are against his biased decision… Why he is reckless towards these silent Muslims considered by some as a calm before the storm?

Trump had absolutely no right to give the Golan Heights to ‘Israel’, the Apartheid Entity.  It was not US territory but Syrian. Yes, the Zionists had occupied the land since 1967.  However, nearly the entire world had rejected ‘Israeli’ claims to the land. And, under international law, national boundaries are determined through diplomatic negotiation, not conquest.

As for al-Quds, Jerusalem, except for Trump and the US, no country has recognized the annexation of West Jerusalem to the "State" of ‘Israel’.  The Zionists have always claimed that al-Quds is their "eternal" capital.  Trump's action contradicts the longstanding position of the international community, which since the termination of the British Mandate, has proposed internationalization, provided de facto recognition, and prioritized negotiations to settle Jerusalem’s status.

Trump is reckless about Muslim and Arab opinion about al-Quds because he doesn't care.  He is surrounded by Zionists, even in his own family; he is a narcissist with little regard for anyone except himself; and he despises Muslims and Arabs. Just look at his immigration policy.

Al-Ahed: Do you think Trump’s declaration of ‘Israeli’ sovereignty over occupied Golan Heights, flies in the face of the UNSC resolution adopted unanimously in 1967, which called for the “withdrawal of ‘Israeli’ armed forces from territories occupied” in that summer’s conflict — including the Golan, as well as the West Bank, East al-Quds, and Gaza — and emphasized, “the inadmissibility of the acquisition of territory by war”.. Will Saudi Arabia launch a "decisive storm" to implement the UNSC resolution on Golan Heights as it did in its Muslim neighbor Yemen which claims its war on it is in accordance with UN resolutions?

I certainly agree that Trump's declaration on the Golan Heights flies in the face of common sense and the UN's resolution.  I also don't believe that the Saudis will launch any kind of storm about the Golan Heights. The Kingdom has supported ‘Israeli’ and American policy to overthrow the legitimate government of Syria, by money, by weapons, and by terrorists. It is not about to jeopardize its increasingly close relationship with the Apartheid Entity simply for the sake of posturing about some Syrian land. After all, the Saudis dismissed their support of Palestine by saying that the Zionists had the right to their own land--stolen from the Palestinians.

Al-Ahed:  Last question is in regard to Trump's foreign-policy: Is Trump venturing to start war on Iran as it looks like through his relations with Benjamin Netanyahu, and Saudi Crown Prince Mohammed bin Salman, or they are all severely weakened at home and reckless enough to set off a war with Iran?

All the named countries are weak at home and reckless enough to start a war with Iran.  The US is firmly in the grip of the Zionists and is working hard to impose more and more sanctions on the Islamic Republic. The American goal is not only regime change but country destruction, wrecking its economy and ruining its ability to function as a sovereign and independent state. It has installed a Zionist, if not ‘Israeli’, Sigal P. Mandelker, as head of its sanctions program. From Trump's actions and statements, it appears he wants war. The Saudis, under Mohammed bin Salman have been conducting an increasingly vociferous and strident campaign against Iran. The Kingdom even appears to be seeking nuclear weapons to attach to its Chinese made missiles. The ‘Israelis’ have their nuclear weapons and ballistic missiles at the ready. And they are willing to fight to the last American or Saudi to destroy Iran.

You may read the summarized version here