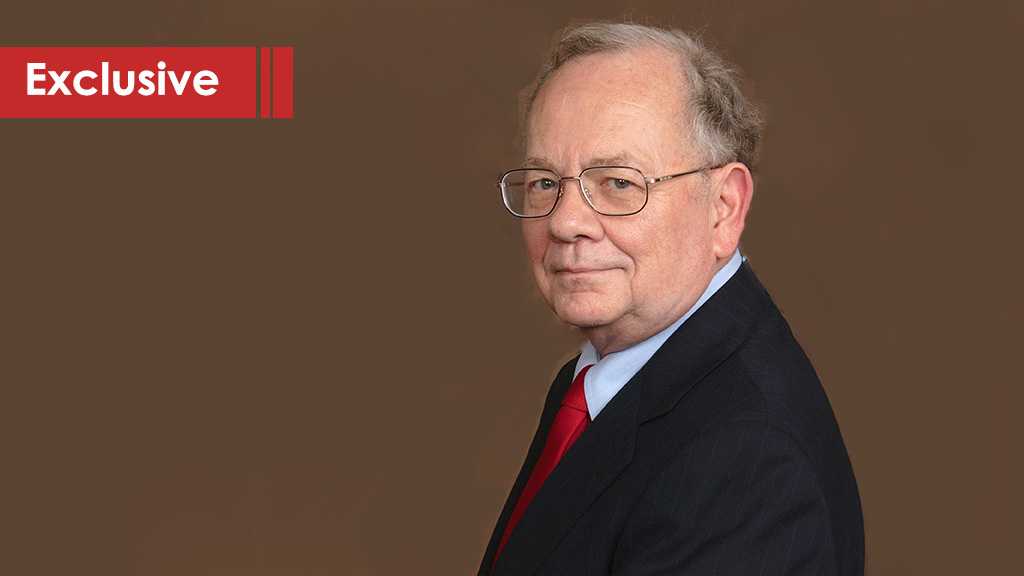 In an exclusive interview with al-Ahed, Michael Springmann, the former head of the American visa bureau in Saudi Arabia’s second largest city of Jeddah, spoke about Saudi monarchy's first sweep of arrests especially two US citizens and his country's silence on arresting them, Trump’s decision on Golan Heights, and his potential move to go for war with Iran.

Washington D.C.- In an exclusive interview with al-Ahed, Michael Springmann, dismissed Saudi Arabia’s detaining of seven activists, including two US citizens, in its first sweep of arrests on dissidents since the killing of Journalist Jamal Khashoggi last October.

Springmann lashed out at US President Donald Trump silence on arresting US citizens.

Speaking on April 7 in Washington D.C., the former US diplomat said "Trump's head-in-the-sand attitude" toward the kidnapping of American citizens demonstrates his entire attitude toward his own country in particular and the rest of the world in general.

Springmann argued, "he [Trump] is obsessed with the possibilities rather than the realities of Saudi money," pointing out that if the funds don't go to Trump personally, they certainly go to his friends in big business and their corporations which sell arms. He noted that Trump cares more about money than people or civil rights.

Springmann further remarked, Trump's declaration on the Golan Heights flies in the face of common sense and the UN's resolution.

"Trump had absolutely no right to give the Golan Heights to ‘Israel’, the Apartheid Entity.  It was not US territory but Syrian," said Springmann.

It was clear that the ‘Israeli’ entity occupied the Golan Heights in 1967, Springmann said, and all the world rejected "Israeli" claims of the land. The Zionist entity occupied the land by force, Springmann thinks a solution should be peaceful. "And, under the international law, national boundaries are determined through diplomatic negotiation, not conquest."

The former diplomat further conceded that Trump is reckless about Muslims and Arabs opinion about al-Quds because he doesn't care.

"He is surrounded by Zionists, even in his own family; he is a narcissist with little regard for anyone except himself; and he despises Muslims and Arabs. Just look at his immigration policy," Springmann added.

Asked how he sees the future of the US-‘Israeli’ crisis and whether they are venturing Saudi Crown Prince to start war with Iran, Springmann downplayed the possibility of a war.

"All the named countries are weak at home and reckless enough to start a war with Iran," he said, stressing that the US is firmly in the grip of the Zionists and is working hard to impose more and more sanctions on the Islamic Republic.

You may read the Q&A form here