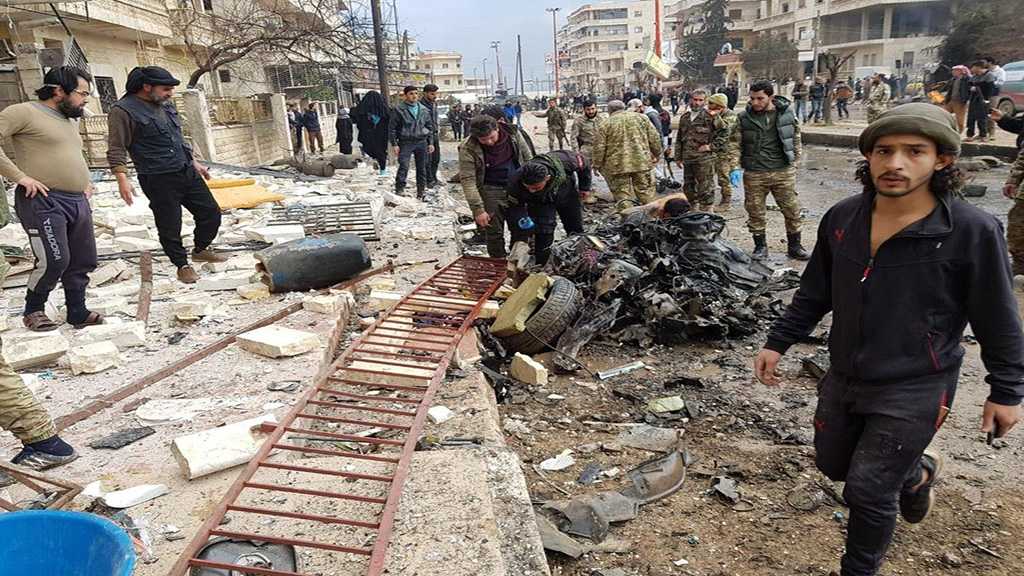 A powerful explosion hit Syria's northern city of Afrin on Thursday, as a car bomb was detonated in the city center.

Footage released by Anadolu News Agency showed the moment flames and smoke rises from a vehicle after it was blown up in the middle of a busy street in Afrin.

The explosion occurred as a car bomb was detonated near a hospital in the Vellat Street, causing many injuries.

Six people including a 10-year-old girl lost their lives and at least 20 people were wounded in the explosion.

No one has yet claimed responsibility for the attack.