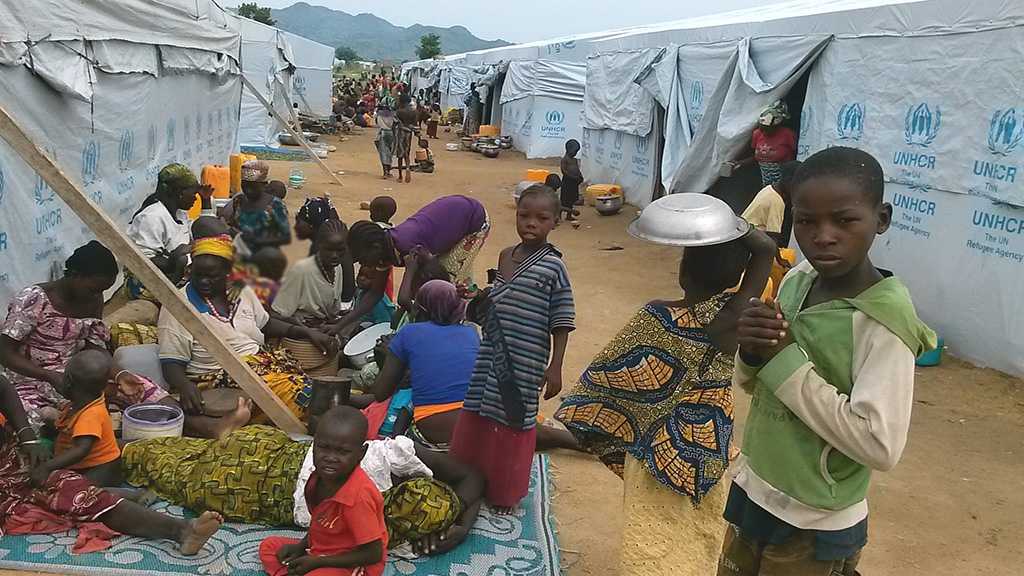 Boko Haram violence has driven more than 35,000 Nigerian refugees from their homes in Borno Sate to Goura in Cameroon’s Makary district, where they endure difficult living conditions.

Many have sought refuge in Cameroon before; thousands more have been displaced several times inside Nigeria. Staff of the UN refugee agency [UNHCR] are working to aid affected families, but the agency warns that their needs are massive.

Over the course of just two weeks, nearly half of Nigeria’s border town of Rann fled deadly attacks by Boko Haram to seek safety in Cameroon.

UNHCR and its partners are providing food, water, shelter and protection to the most vulnerable but say much more is needed to meet needs. Geert Van de Casteele, UNHCR Assistant Representative Cameroon, said, “They told us that they won’t go back. They don’t feel secure.”

Together with the UN Development Program [UNDP] and other partners, UNHCR, has launched an appeal for $135 million to help the hundreds of thousands of people displaced by the worsening Boko Haram insurgency in the Lake Chad Basin region.

The agency called for urgent action to support Cameroon, praising its lifesaving open-door policy for refugees. The agency also warned that with funding at a trickle, the future of those affected by violence remains uncertain.