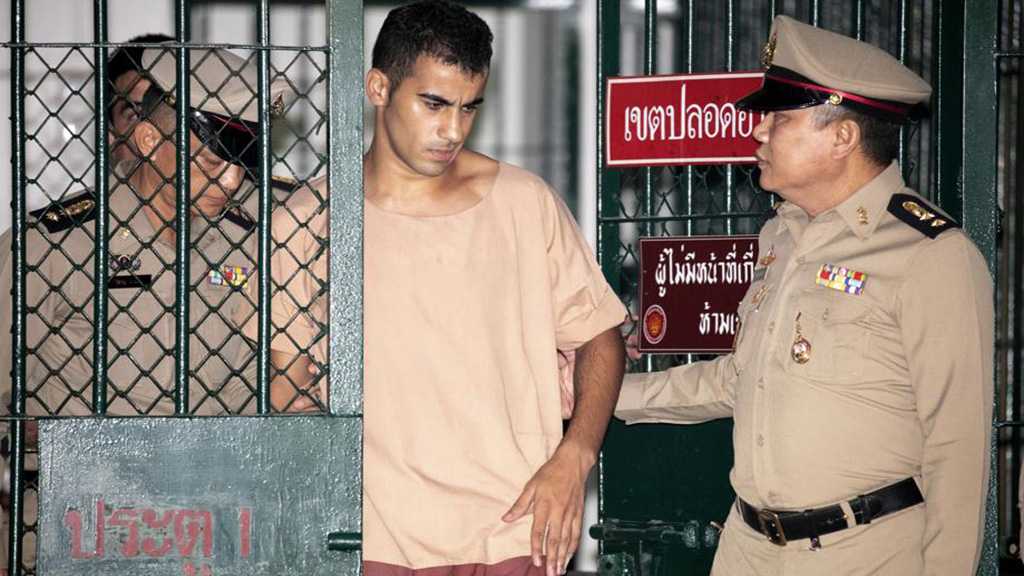 Refugee footballer detained in Thailand, Hakeem al-Araibi, will be freed from prison after Bahrain Monday made an unexpected decision to drop its extradition case.

A Thai court approved the request to drop extradition proceedings, according to Chatchom Akapin, director general of foreign affairs for the Office of the Attorney General. Chatchom said al-Araibi must now be released as soon as possible.

The news will delight al-Araibi and his supporters, who have launched a global campaign calling for his release. Al-Araibi has refugee status in Australia.

Al-Araibi, a citizen of Bahrain, was arrested and detained last November while on his honeymoon in Thailand at the request of the Bahraini regime. He had been sentenced in absentia in 2014 to 10 years in prison for a vandalism charge in Bahrain. Al-Araibi fled to Australia, where he was granted refugee status in 2017. He now plays for semi-professional Melbourne-based club Pascoe Vale.

The footballer said he feared he would be tortured and killed should he be handed over to Bahrain by the Thai authorities.

Thailand's attorney general has previously said that his case fell in line with Thai law and it would be up to the courts to decide whether he be extradited.

Australian Prime Minister Scott Morrison welcomed the news Monday, thanking Thai authorities for their help with the matter. But he cautioned "as it always is in these cases, people aren't home until they're home."

"I'm pleased Hakeem is coming home and I'll be pleased to see him at home when that occurs. But until that happens, we'll continue to work this process as you would expect us to, not taking anything for granted and doing so in a way that is deeply appreciative and respectful to the Thai government," Morrison said.

However, Bahrain's Foreign Ministry said in a statement carried by local media said that al-Araibi's guilty verdict would remain in place despite the decision to drop its extradition case.

Last week, the Australian Football Federation (FFA) canceled a proposed training camp in Thailand for its Under-23 men's national team in a show of support for al-Araibi, who has been openly critical of the Bahraini government and its record on human rights.

In 2012, he was arrested and detained in Bahrain for three months, accused of vandalizing a police station during a protest. He was released because he presented evidence that he was playing soccer live on TV when the protest happened.