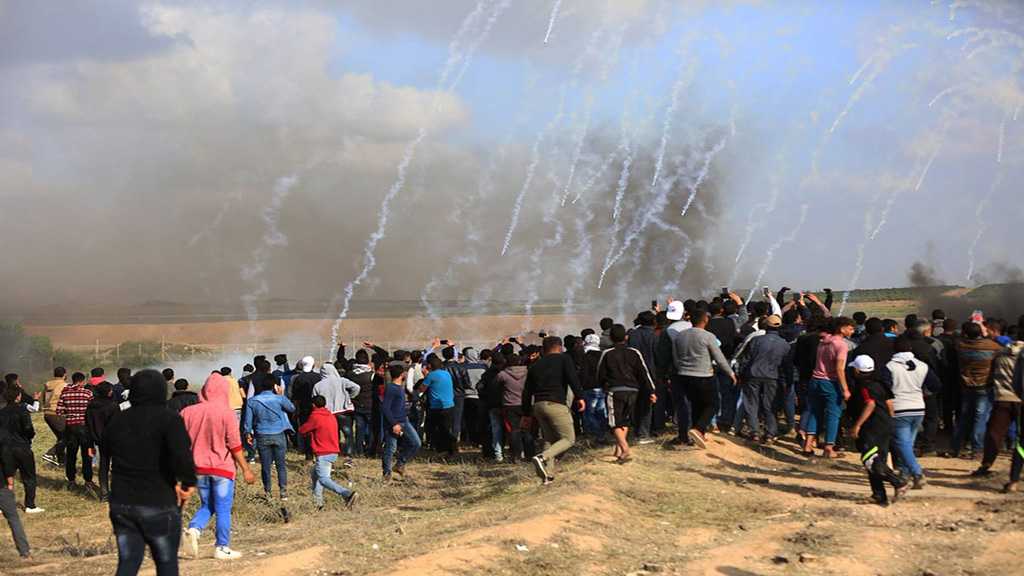 Commenting on the incident, Spokesman for Gaza’s Health Ministry Ashraf al-Qedra, announced that the “Israeli” forces used gunfire and tear gas against the protesters east of the coastal enclave on Friday.

According to the report, 14 protesters were injured during the clashes in addition to seven medics and a journalist.

Tensions have been running high near the fence separating Gaza from the “Israeli”-occupied Palestinian territories since March 30, which marked the start of the protests.

Palestinian protesters demand the right to return for those driven out of their homeland.

The confrontations in Gaza reached their peak on May 14, the eve of the 70th anniversary of Nakba Day, or the Day of Catastrophe, which coincided this year with Washington's relocation of the US embassy from Tel Aviv to occupied Jerusalem al-Quds.

More than 240 Palestinians have so far been martyred and over 20,000 others wounded in the renewed Gaza clashes, according to the latest figures released by the Gaza Health Ministry.

The Gaza Strip has been under Zionist siege since June 2007, causing a decline in living standards as well as unprecedented unemployment and poverty.