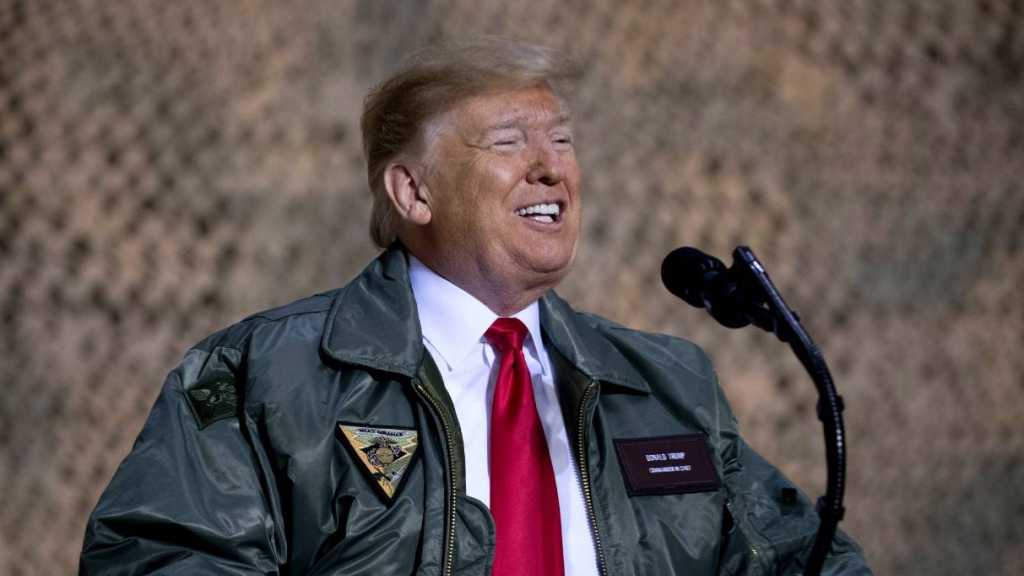 In a surprise trip to Iraq, US President Donald Trump defended his decision to withdraw US forces from Syria.

"We're no longer the suckers, folks," Trump told American soldiers at a base in western Iraq. "We're respected again as a nation."

"I think a lot of people are going to come around to my way of thinking. It's time for us to start using our head," the US president said. “In fact we could use this as the base if we wanted to do something in Syria," he added.

Trump said it's because of US military gains that he can withdraw 2000 forces from Syria. During his first visit to a troubled region, Trump also said he has no plans to withdraw US forces from Iraq.

"I made it clear from the beginning that our mission in Syria was to strip Isis of its military strongholds," Trump told troops clad in fatigues at al-Asad Airbase west of Baghdad.

He further stated: "Eight years ago, we went there for three months and we never left. Now, we're doing it right and we're going to finish it off."

In parallel, Trump said that  Turkish President Recep Tayyip Erdogan has agreed to take out "any remnants" of Isis left in Syria. The US presence in Syria was not meant to be "open-ended," he said, adding that other wealthy nations should pay for rebuilding Syria.

"The nations of the region must step up and take more responsibility for their future," said Trump, who said there would be a "strong, deliberate and orderly withdrawal" of US forces from Syria.

Fifteen years after the 2003 invasion, the US still has more than 5000 troops in Iraq.