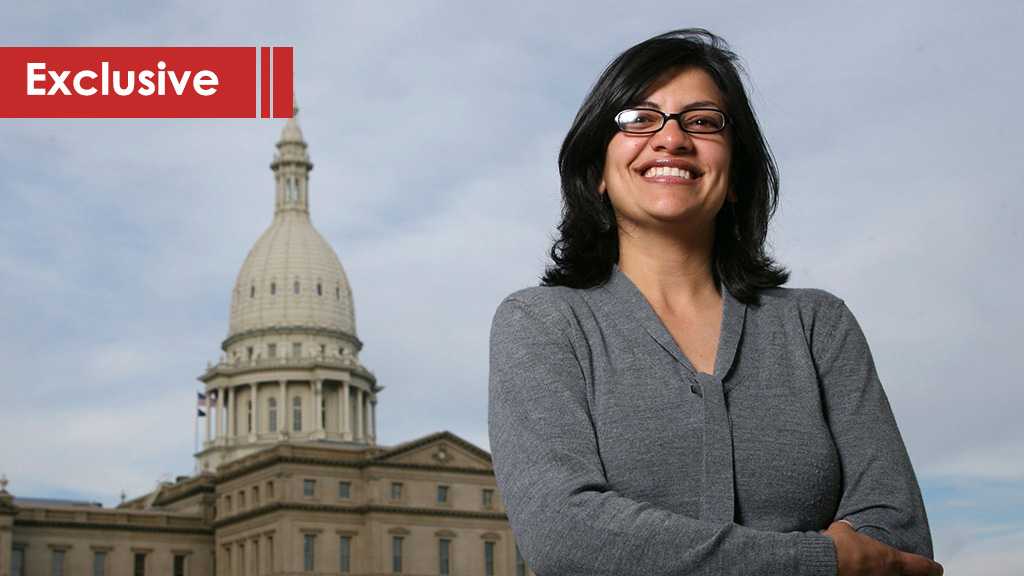 American citizen of Palestinian origin, Rashida Tlaib, won a seat in the US House of Representatives after winning the Democratic Party elections in the city of Detroit for lack of a competitor.

Rashida, the eldest amongst her 14 siblings and born in Detroit to Palestinian parents, became the first Muslim woman in 2008 to be elected State Representative. From 2009 to 2014, she served in the Michigan House of Representatives.

The mainstream media celebrated Tlaib’s win as history being made with her being one of the first Muslim women to be elected to serve in Congress. As a result of this media hype, Muslims around the world celebrated this win as “a source of pride for Palestine and the entire Arab and Muslim world” without doing minor research as to what might Tlaib have done to ensure her success.

Experience in the twisted ways of both Republicans and Democrats in US internal and foreign politics urges us to look closer and start by looking at Tlaib’s troubling relationship with a leading pro-“Israel” organization.

Rashida Tlaib was endorsed and supported by the liberal Zionist “Israel” lobby group J Street through its political action committee JStreetPAC. JStreetPAC boasts that during the 2016 election cycle it “distributed a record $3.6 million to its 124 endorsed candidates for Congress, making it the largest pro-“Israel” PAC for the fifth cycle running.”  According to a 15 July filing with the Federal Election Commission, the Rashida Tlaib for Congress committee had received $3,000 from JStreetPAC.  For sure, it is a small portion of the more than $1 million she has raised, but it is also a low price to tie yourself to an organization with clear anti-Palestinian views.  On the other hand, was it perhaps only a down payment in fear that Tlaib might change her views as she did later on in August?

On its page soliciting donations to support Tlaib’s campaign before they withdrew the endorsement later, JStreetPAC stated, “When it comes to the peace process, she believes that the US should be directly involved with negotiations to reach a two-state solution.”  “Additionally, she supports all current aid to “Israel” and the Palestinian Authority, particularly to fund initiatives that ‘foster peace, as well as economic and humanitarian services,’” JStreetPAC notes.

This means that aside from her emphasis on “humanitarian” aid which Trump banned end of August, Tlaib supported all current US military aid to “Israel,” including Obama’s record-breaking giveaway.  The same aid preserves “Israel’s” military occupation and colonization and negates the prospects for any kind of peaceful and just outcome.

However, on August 17, 2018, the “Israel” lobby group J Street withdrew its endorsement from Rashida Tlaib.  “After closely consulting with Rashida Tlaib’s campaign to clarify her most current views on various aspects of the “Israeli”-Palestinian conflict, we have come to the unfortunate conclusion that a significant divergence in perspectives requires JStreetPAC to withdraw our endorsement of her candidacy,” J Street announced.

“JStreetPAC was created to demonstrate the wellspring of political support that exists for candidates who take pro-“Israel,” pro-peace positions, including support for a two-state solution,” J Street said.  “We cannot endorse candidates who conclude that they can no longer publicly express unequivocal support for a two-state solution and other core principles to which our organization is dedicated.”

The page JStreetPAC had established to collect donations for Tlaib was taken down on August 17, but an archived version is still visible online.

J Street had endorsed Tlaib on the basis that she supports “all current aid to ‘Israel’”, which necessarily means all military aid, the vast majority of US assistance, and a two-state solution.  J Street also requires candidates it endorses to oppose boycott, divestment and sanctions [BDS], the nonviolent Palestinian-led movement that aims to pressure “Israel” to respect Palestinian rights and international law.

Amid growing controversy, Tlaib at first dodged giving a clear explanation of the J Street endorsement, which she herself had reportedly “sought out.”  However, later on, Tlaib made a clear break with the “Israel” lobby group.

In an interview with In These Times, Tlaib expressed strong support for the right of activists to engage in BDS.  She also distanced herself from the two-state solution.  “One state.  It has to be one state.  Separate but equal does not work,” she said, citing America’s history of racial segregation that was challenged by the civil rights movement.  “This whole idea of a two-state solution, it doesn’t work.”  Tlaib moreover said she would not support aid to “Israel.”

However, in another interview with Democracy Now on August 16, 2018, Tlaib appeared to pull back a little bit, saying she was open to the “possibility for a two-state solution.”

The issue with Rashida is not only about her swinging views concerning the two-state solution as much as it is with what she offered J street to begin with that made them endorse her.

The issue with Muslims celebrating Rashida’s accomplishment, in becoming the first Palestinian American Muslim woman to make it to congress, is about them forgetting how ugly the game of politics is in the US and how Rashida Tlaib is first and foremost a Democrat and not a Palestinian when serving inside the congress.

Let me remind you of a democrat who was celebrated when elected as the US president for being a Black man and the son of a Kenyan immigrant father, but who ended up dropping more than 26,000 bombs on countries around the world in his last year in office alone.

I am not saying Rashida Tlaib will for sure be complicit in similar decisions to be taken by the congress, but I have every right to ask Muslims celebrating her “accomplishment” to wait and see how she will handle many controversial issues before rejoicing.  Tlaib will have to choose a position concerning the Palestinian right of return, the illegal presence of the US embassy in Al Quds and the constant US collusion in the “Israeli” genocide against Gaza. Tlaib will also have to acknowledge that the government she is now part of is to send aid to “Israel” amounting to $3.8 billion annually over 10 years beginning in 2019, that is 2 months from now.

Tlaib might serve her American voters well while in Congress, but how about we, the non-American Muslims and Arabs, take a breath before we celebrate a win that means nothing to us except a possible additional Arab-Palestinian signature on the next US congress supported war planned for us.