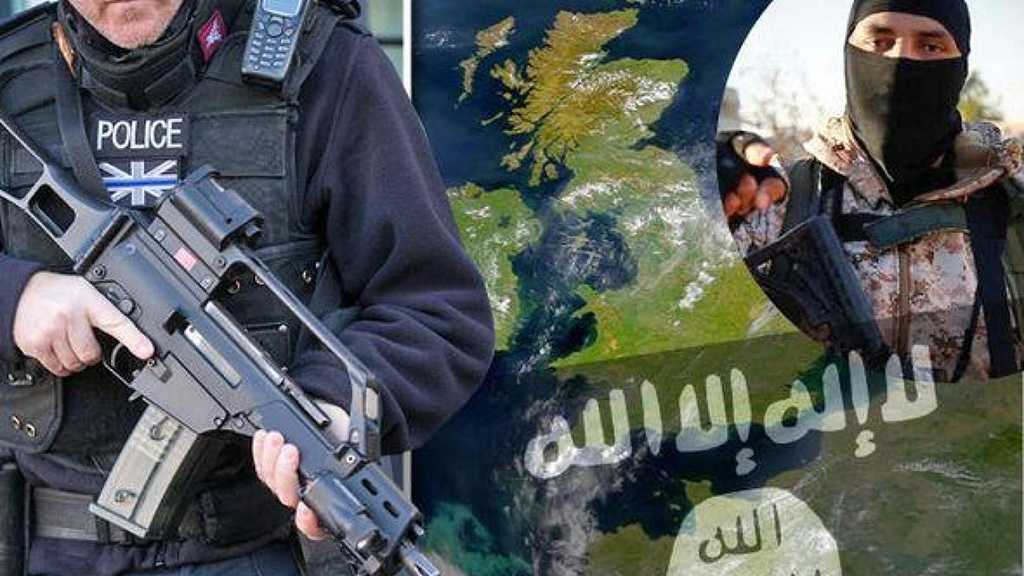 “Frustrated” Wahhabi Daesh [Arabic acronym for “ISIS” / “ISIL”] supporters who are prevented from travelling to the group’s territories abroad may launch terror attacks in Britain instead, the head of national counterterror policing has warned.

“It wasn’t – the threat was already here – and there are still plenty of aspirant or frustrated travelers who now have nowhere to go,” he told the National Security Summit in London.

“Many come from a generation who feel disenfranchised – often those from isolated minority communities in the UK.”

Two of the London Bridge attackers had wanted to travel to Syria before they started plotting the atrocity, with Khuram Butt dissuaded by his family and Youssef Zaghba being prevented from leaving an airport in Italy as he told police he “wanted to be a terrorist”.

Several other terror plotters who were prevented from carrying out attacks mounted their plans after their original desire to join Daesh abroad was thwarted.

They include Britain’s youngest female terror plotter Safaa Boular and her sister, and London teacher Umar Haque, who was trying to brainwash an “army of children” to carry out coordinated massacres.

British intelligence services have monitored suspected extremists who are prevented from leaving the country, but Basu warned that plots are being mounted in a “shortened timeframe” since the rise of low-tech vehicle and knife attacks.

“The period between the preparation and commission of such attacks has been massively reduced and identifying the threat and intervening became much harder,” he added.

But as well as the increase of “rudimentary” techniques, the security minister warned that terrorists were still “exploring new ways to kill”.

“I see plots where the only limits to the ambitions of our adversaries is their imagination,” Ben Wallace told the conference.

“Chemical and biological weapons are marching in close, they have developed and worked on a better arsenal and we have to be prepared for the day it might come to our streets here. Be under no doubt the threat is real.”

While the likelihood of terrorists successfully conducting a large-scale chemical, biological, radiological or nuclear (CBRN) strike is considered to be “unlikely”, Britain’s security apparatus is alive to the danger.

The UK has suffered five terror attacks since March 2017, which killed 36 victims last year, and security services have foiled 13 Islamist and four extreme right-wing plots in the same period.

Currently, 71 per cent of terror suspects arrested are UK nationals, 11 per cent are female, and over a third are under 25 years old.

Of an estimated 900 people of “national security concern” who travelled from the UK to Syria, around 20 per cent have been killed and 40 per cent have returned.

The majority of those who have come back did so in the earlier stages of the conflict, and a “significant proportion” are assessed as no longer being of national security concern.

Those who are believed to be a threat but who cannot be prosecuted because of insufficient evidence are monitored or subjected to restrictions including Terrorism Prevention and Investigation Measures.

“The very nature of the threat we face means it is now more than ever before, a question of ‘when not if’,” he added. “The increase in tempo has been dramatic.”

Counterterror police “priority” investigations have increased by almost a third in 18 months and Basu said the rising danger had stabilized “to become the new UK normal”.

Wallace said extremists of all kinds were “spreading their twisted versions of the truth to recruit the next generation of ‘unlit candles’ ready to wage war”.

He championed the government’s Prevent counter-extremism program as a way to divert people, saying 231 people were deemed to no longer pose a threat after de-radicalization work last year.

Speaking at the same event, independent reviewer of terrorism legislation Max Hill QC called for a fresh review of the definition of terrorism as set out in the Terrorism Act 2000.

He said this was necessary in light of the “changing nature of the threat from international terrorism” and cited the Salisbury novichok attack, adding: “The question of state terrorism and its inclusion or possibly exclusion from the definition is work in progress in my view.”