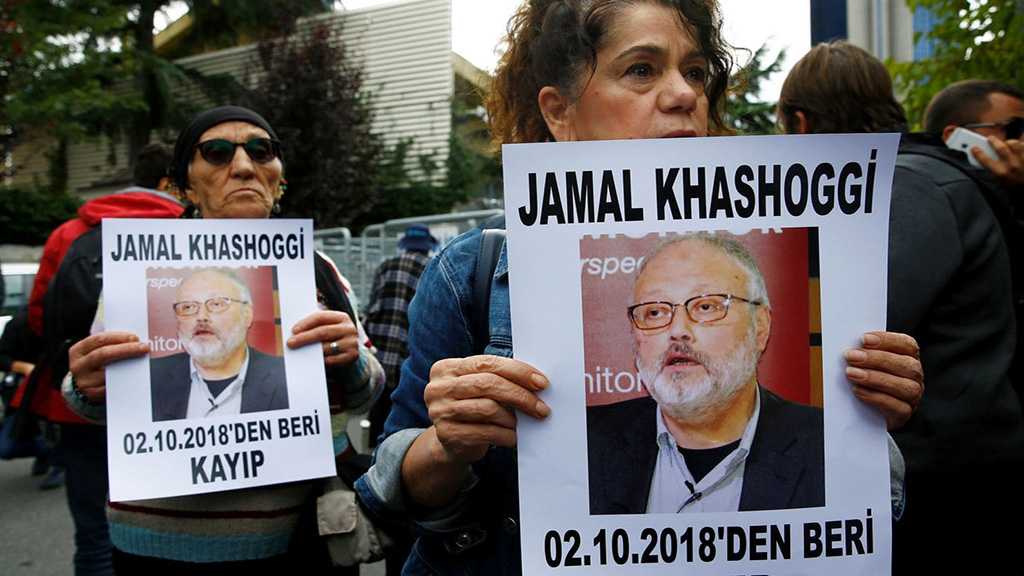 Khashoggi, who comes from a very rich family, has long served the Saudi regime in editorial positions and was the media adviser to Prince Turki al-Faisal during his tenure as ambassador in London and Washington. He left Saudi Arabia last year out of fear of being targeted in the ongoing crackdown by clown prince Mohammad bin Salman. He ended up writing mildly critical columns for the Washington Post. Khashoggi is no liberal but a staunch supporter of Saudi system and its brutality. He had praised the beheading of Syrian soldiers by “ISIS” as an "effective psychological military tactic" and supported the abhorrent Saudi war on Yemen.

According to the Turkish police, Khashoggi entered the Saudi consulate in Istanbul on October 2 at 13:12 to receive his divorce documents and never came out. On the same day 15 Saudi citizens had come to Istanbul on two planes and were in the consulate building when Khashoggi was there. They later left Turkey. Anonymous Turkish police sources claimed that the team of Saudi agents killed Khashoggi after he entered the consulate, hacked up his body and took the remains with them. That horror story is unlikely to be true. Turkey, itself the biggest jailer of journalists, has bad relations with Saudi Arabia and supports its arch-rival Qatar. The Saudi government has a long record of kidnapping and bringing back prominent Saudis who fled the country. It does not off these people in foreign places.

The bootlicking 'premier' western publications, especially the Washington Post, lauded Mohammad bin Salman as a reformer. He never was one. He said so himself in a recent Bloomberg interview. Nor did any of his predecessor, who were all lauded as reformers by the mainstream media, ever really change the archaic Saudi system. But when MbS visited the United States this spring every Silicon Valley billionaire, including Washington Post owner Jeff Bezos, was happy to have his picture taken with him.

The main stream journos who are now up in arms over Khashoggi are mostly embarrassed about their earlier adoration of Mohammad bin Salman. But even more important to them is that Khashoggi is one of their class. They think of themselves as entitled aristocrats who do not deserve such a fate. That is reserved for the deplorable plebs below them.

Just consider this amoral passage in Friedman's whining column about the Khashoggi case:

If Jamal has been abducted or murdered by agents of the Saudi government, it will be a disaster for MBS and a tragedy for Saudi Arabia and all the Arab Gulf countries. It would be an unfathomable violation of norms of human decency, worse not in numbers but in principle than even the Yemen war.

Every ten minutes a child in Yemen starves because of the famine caused by the Saudi, UAE, US and UK war on the country. The renewed attack on the harbor of Hodeida and hyperinflation over the recent months have doubled the prices of food and gas. Most people in Yemen no longer have the income to pay for the needed food. Tens of thousands were already silently starved, millions will likely follow. By what humanitarian 'principle' would the potential death of one bootlicking columnist be worse than that?

Saudi Arabia under Mohammad bin Salman is weak and vulnerable. The kidnapping of Khashoggi is a sign of its insecurity. It cannot even afford to have one mild critic outside of its control. The US is quite happy with this situation. It makes it easier for the Trump administration to squeeze more money out of the lunatic kingdom. The administration will not blame the Salman regime over Khashoggi. Neither will Congress. Last year the Saudis spent $27.3 million to lobby Washington. They bribe every senator who will take their money.

The only thing the Trump administration might do about the Khashoggi case is to accuse Qasem Soleimani and the GRU of interference in it. MI6 may soon find that an Iranian agent novichoked Khashoggi.

When the State Department will - in the harshest terms - condemn Iran for abducting Khashoggi, when the Treasury again sanctions Russia and when the Pentagon increases its support for the bombing of Yemen, Friedman and the other sycophants will again rise up and applause.