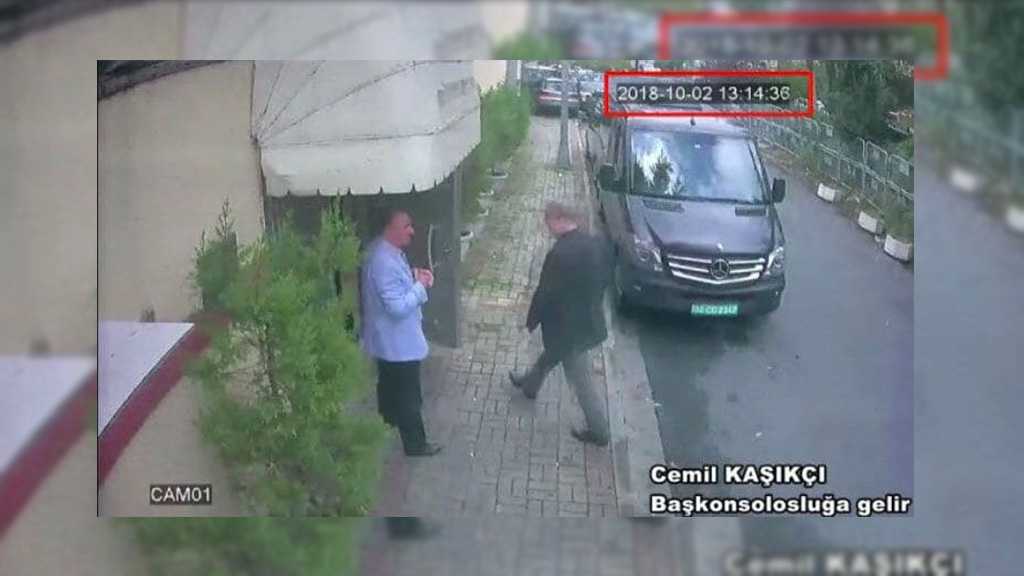 The Washington Post published a surveillance image on Tuesday showing its missing Saudi contributor walking into the Saudi Consulate in Istanbul a week ago, just before he disappeared. Turkish officials have said they fear the columnist was killed there.

Saudi Arabia has called the allegations that it killed writer Jamal Khashoggi as "baseless," but has offered no evidence over the past seven days to show that he ever left the building.

The image released by the Post bore a date and date stamp. The Post said "a person close to the investigation" shared the image with them.

Khashoggi, 59, went missing while on a visit to the consulate in Istanbul for paperwork to marry his Turkish fiancée. The consulate insists the writer left its premises, contradicting Turkish officials.

He had been living since last year in the United States, in a self-imposed exile, in part due to the rise of Prince Mohammad, the son of King Salman.

As a contributor to the Post, Khashoggi has written extensively about Saudi Arabia, including criticizing its war in Yemen, its recent diplomatic spat with Canada and its arrest of women's rights activists after the lifting of a ban on women driving. All those issues have been viewed as being pushed by Prince Mohammed, who similarly has led roundups of activists, businessmen and others in the kingdom.

Turkish President Recep Tayyip Erdogan on Monday urged the Saudis to back up their claim that Khashoggi left the consulate.

"Now when this person enters, whose duty is it to prove that he left or not? It is (the duty) of the consulate officials," Erdogan said during a visit to Hungary. "Don't you have cameras and other things? Why don't you prove it, you have to prove it."

Turkey summoned the Saudi ambassador on Sunday to request the kingdom's "full cooperation" in the investigation, a Foreign Ministry official said. The Turkish private NTV television said Ankara asked for permission for its investigators to search the consulate building, but a Foreign Ministry official would not confirm the report. The officials spoke on condition of anonymity because they were not authorized to talk to reporters about the subject.

Ties between Ankara and Riyadh are at a low point over Turkey's support for Qatar in its year-long dispute with Saudi Arabia and other Gulf nations. Turkey sent food to Qatar and deployed troops at its military base there.