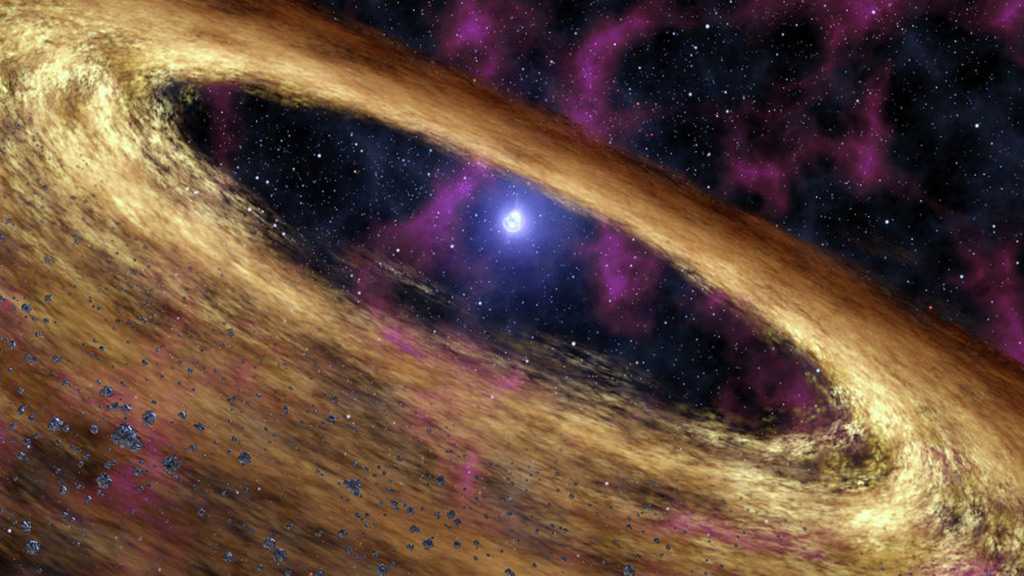 Astronomers using a new type of radio telescope have found the slowest spinning pulsar yet, a notoriously difficult type of stellar object to detect.

Pulsars are a type of neutron star, the cores of exploded stars collapsed in on themselves to form some of the densest objects known to exist. Only the size of a city, a neutron star contains roughly the same mass as our sun. Only a black hole — the other possible outcome of a supernova apart from a neutron star — is denser.

But not every neutron star becomes a pulsar. "For a neutron star to emit as a pulsar, it has to have the right combination of magnetic field strength and spin frequency," Feryal Özel, professor of astronomy and astrophysics at Arizona State University, told Space.com.

When a pulsar spins, it emits radio waves out of its poles, which sweep across the universe like a lighthouse's signal. When Earth sits in the path of that beam, it makes the pulsar seem like a flickering star, changing luminosity on regular intervals — its period. Because of that regularity, scientists using early radio telescopes thought they were receiving signals from alien civilizations, leading the first pulsar, discovered in 1967, to be dubbed LGM-1, for Little Green Men. The fastest pulsar known to exist spins a blistering 716 times per second, according to NASA.

However, slower-spinning pulsars are harder to detect, which is why a team of astronomers has been searching for slower pulsars using the Low Frequency Array (LOFAR), an unusual radio telescope located mostly in the Netherlands but with parts scattered across western Europe. LOFAR doesn't combine pictures from its different arrays in real time, as most array telescopes do (the Very Large Array in New Mexico does this), but instead sends all its detectors' signals to a single hub, which digitizes the data into a single, huge picture, according to the array's website.

In July 2017, scientists initiated the LOTAAS (LOFAR Tied-Array All-Sky Survey) to use the array's unique method to try and find longer period pulsars, which are often mistaken for other objects, Phys.org noted.

On September 4, a group of researchers led by Chia Min Tan of the Jodrell Bank Centre for Astrophysics in Manchester, UK, announced in a paper published on arXiv.org that they'd found the slowest spinning pulsar ever, rotating at a leisurely 23.5 seconds per revolution.

Other ground-based observatories, including the Green Bank Telescope, Lovell Telescope and Nancay Telescope, were subsequently able to verify the pulsar's existence.

"We subsequently detected pulsations from the pulsar in the interferometric images of the LOFAR Two-meter Sky Survey, allowing for sub-arcsecond localization," the astronomers wrote in the paper.

Given the romantic name PSR J0250+5854, the plodding pulsar is located some 5,200 light-years away from Earth.

The astronomers noted in their paper the potential for their method to detect even slower pulsars that this one.