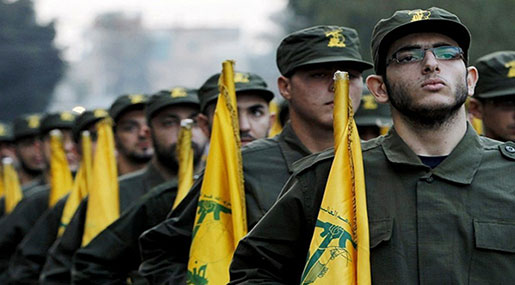 
Some in Lebanon and in the Arab world believe that their blind hatred for Hezbollah gives them some credibility in the West. But the irony is that one of the most important institutions of higher education in North America [McGill University] is guiding its students to deepen their understanding of the path of struggle that has been pursued by Hezbollah since its inception. In this academic edifice, the student seeks knowledge, regardless of his political and ideological orientation. Here, there is no room for fabricating accusations of terrorism against resistance fighters [this is the jurisdiction of the special courts].

Located in Montreal and founded in 1821, McGill University has 300 academic programs for higher education and more than 40,000 students. It defines itself as being "among the world's greatest universities". Finally, the curators of a research project at the university entitled "Women and War in Lebanon" invited a specialist from al-Akhbar to deliver a lecture about a book on the civil war from a women's perspective. He was also invited by Lebanese organizations in Montreal to deliver another lecture tackling the new electoral law for the parliamentary elections in Lebanon. During the visit to Canada, al-Akhbar got to know the Institute of Islamic Studies at McGill, where Professor Malek Abisaab and Professor Rula Jurdi teach an academic course titled "Islamic Reform and Radicalism in the Middle East".

From this course, undergraduate students acquire scientific knowledge about the evolution of Islamic movements since the collapse of the Ottoman Empire. In covering these movements, students also get acquainted with Hezbollah, which the Canadian government classifies as a "terrorist organization". However, the curriculum does not mention terrorism. Abu Saab and Jardi do not rely on any references or sources that identify the resistance fighters as saboteurs and try to dismantle the concept of terrorism through examples of the struggles of the blacks, feminists, and workers in America and Canada. On the contrary, during a meeting in Montreal, Abu Saab explained to al-Akhbar that "Hezbollah's path of struggle represented by the liberation of southern Lebanon from ‘Israeli' occupation is somewhat similar to other paths of struggle in South Africa and Vietnam, for example."

In South Africa, the African National Congress [ANC], in which Nelson Mandela was one of most prominent leaders, was classified as a terrorist organization and many of its supporters were persecuted. It should be recalled that the late Mandela had called for an armed revolutionary struggle to counter the apartheid regime in South Africa and rejected proposals for a peaceful solution to the apartheid regime in Johannesburg.

Between Rationalists [Usuli] and Extremists

The classes in the academic course tackling Hezbollah are made up of two basic parts: the first explains the party's doctrine and its intellectual orientations, which distinguishes it from other radical Islamic movements. The second part deals with the stages of development that the party has undergone since its inception as well as its vision of local, regional and international situations.

The above-mentioned class distinguishes between rationalist movements and extremist movements, whereas Hezbollah is considered an Islamic rationalist organization while Wahhabism [Salafist] and the orientations of the Islamic groups related to it are considered extremist. Jurdi explains that this central distinction is reflected in the interpretation of religion and Fiqh whereby the margin of ijtihad of the rationalists is wider than that of the extremists. Hezbollah's Islamic doctrine is moving away from isolation and stagnation and favors the development of society through the ijtihad of the Guardian of the Jurist. Teaching materials also focus on the priority of the national issue in Hezbollah's strategy and struggle to liberate the occupied territory.

The students of this class refer back to the modernist writings and teachings of Sayyed Mohamed Hussein Fadlallah, which calls for the enlightenment of thought through the formation of a clear concept of the purposes of Islamic Sharia and not by imposing the law literally and forcefully without any thought or development, due to the requirements of the time.

The late Sayyed Fadlallah guided Hezbollah's youth to modernity and modern civilization, and therefore he is not only different in form from the Wahhabi movement that forms the basis of the Salafi-Takfiri movement, but also in essence and in principle.

Abisaab and Jurdi had done in-depth research on the Shiites in Lebanon, depending on them to write a book called "The Shiites of Lebanon: Modernity, Communism and Hezbollah" in 2014 [Syracuse University Press, New York].

Interviews were conducted with a number of party intellectuals, including MP Ali Fayyad and researcher Abdel Halim Fadlallah. They found that the party had two intellectual currents, one enlightening, open and close to the ideas of the leftist liberation movements, and the other less open and more hard-line in imposing strict Islamic teachings.

The stages of the party's development

Undergraduate students at McGill University are introduced to the stages that Hezbollah has undergone since its inception. The history of some of the leaders of the first generation of the party with the Palestine Liberation Organization is explained in order to emphasize the convergence of the Palestinian cause and the party's political thought and to dispel the misconception prevailing among the Palestinians in the camps of Lebanon and the Shiites. Abisaab and Jurdi also point to the embryonic stage of the emergence of the party and the relationship between the founders of the Amal Movement and Dawa Party and some Islamic student groups in Jabal Amel and Najaf in Iraq.

Abisaab and Jurdi dedicate a share of their lectures to exploring the crystallization of the relationship with the communists and the leftists, as well as to demonstrate the continuity of the resistance path that began with the Communists when they launched the Lebanese national resistance against the "Israeli" invasion in 1982. Jurdi points out that there are two wings in Hezbollah. One is influenced by Mohsen Hakim's anti-communist approach that rejects any discussion of the convergence of the left-wing political agenda with the Islamic political agenda. The second is influenced by martyr Muhammad Baqir al-Sadr, who was open to discussion and serious intellectual exchanges with the leftists.

For further clarification regarding the evolution of thought and orientation among the party's leaders and supporters, Abisaab and Jurdi narrate to their students the sequence of events through three periods:

- The era of the secret work prior to the founding of the party 1982-1985: There was no Hezbollah in the organizational sense during this stage, which saw the recruitment of young people to engage in the armed Islamic resistance against the "Israeli" occupation of Lebanon and beginning to define the path and doctrine.

- The era of founding the party and organizing its supporters 1985-2009: Hezbollah was founded during this stage and its first founding document was established. The Shura and the Secretariat were established. The organizational structure was defined. Responsibilities were distributed. The internal, financial and military regulations as well as the party's social, educational, medical and services bodies were established.

- The era of developing the party and modernizing its capacities 2009-2018: The second document of the party was prepared in 2009. Some directions were modified. The most important of which is related to abandoning the idea of establishing an Islamic state in Lebanon, the party's local alliances, confronting the Takfiris, and the relations with international forces.

By teaching this academic course, Abisaab and Jurdi aim to contribute to the development of the scientific methodological foundations adopted by the students in their research by criticizing and deconstructing the prevailing concepts and quotes among the resistance and liberation movements. They contributed to refuting the stereotypical portrayal of orientalists [new and old] on the path of change in Muslim societies. Jurdi and Abisaab present new and creative visions of understanding the history of the peoples of the Middle East based on local materials drawn from the archives of the countries, religious libraries and concerned parties, and also through oral history and the memory of religious and civil figures who played important roles in our modern Islamic Arab history.