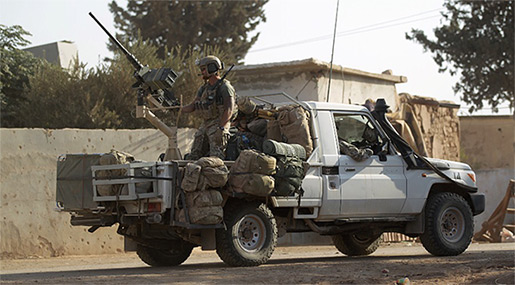 Russian Foreign Minister Sergey Lavrov condemned the illegal presence of US coalition troops in Syria, saying the Western forces deployed on the ground amount to "a direct involvement in the war."

"There are Special Forces on the ground in Syria from the US - they no longer deny it - the UK, France and a number of other countries," Lavrov said in an interview to the Kazakh state broadcaster published on the Russian Foreign Ministry's website on Saturday. "Thus, it's not so much of a ‘proxy war,' but rather a direct involvement in the war," the diplomat stressed.

The US coalition is "illegitimate" from the standpoint of international law and the UN Charter, Lavrov said. "But we are realistic and understand that we wouldn't fight with them. So we coordinate actions at least to prevent unintended clashes. Our military always keeps in touch with the American commanders who lead the operation on Syrian territory."