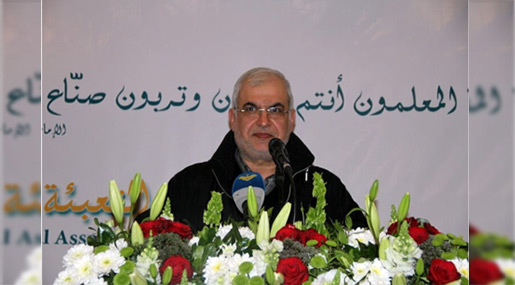 Loyalty to the Resistance bloc MP Mohammed Raad stressed on Tuesday that adherence to the army-people-resistance equation is a necessary, pointing out that the Resistance will "remain a need" as long as there is an "Israeli" enemy and terrorist threats, the National News Agency reported.

"It is not possible to confront crises and challenges unless we firmly adhere to the equation of army-people-resistance that made the whole world stand stunned in front of Lebanon's small capacity in geographical area, but great by the will of its people," said Raad.

"‘Israel', supported by the majority of the world's powerful nations, was defeated by our people, our army and our resistance," he added.

"The resistance, the cornerstone of the equation of strength and defense of this homeland, remains a need as long as there is an "Israeli" enemy and terrorist threats to our existence and identity," said the Hezbollah MP.