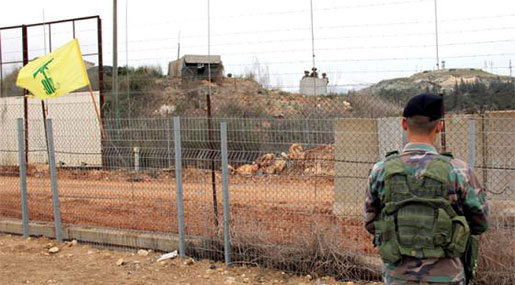 
Following the downing of the "Israeli" F-16 jet by the Syrian army's air defenses, "Israel's" image is becoming more fragile. "Israel's" defensive actions along some of its northern border with Lebanon are unprecedented. It seeks to prevent Hezbollah from carrying out the decision to transfer the confrontation to Galilee in any future war. On the other hand, the party seems comfortable that all these measures will not hinder it from achieving its goals.

Before the "Israeli" wars on Lebanon in 1978, 1982, 1993, 1996 and 2006, the "Israeli" mini-cabinet used to meet in the "well" (the "Israeli" description of the secret places where the meeting was held) and decide to declare war. At the last meeting of the mini-cabinet, also in the "well", the decision was contrary to all previous decisions as it called for calm and requested the intervention of some countries to bring the situation under control.

It is certain that "Israel" wants war, but it is also certain that it will not seek war unless it believes that it can achieve a desirable outcome and that it possesses the capabilities that exceed that of its enemy. When it trusts that it has reached that capacity, it will not be waiting for any excuse. It wanted the war in 2006 and took the abduction of the two "Israeli" soldiers as a pretext. But because it was not ready for war, it did not respond to the destruction of an "Israeli" vehicle and the killing of soldiers in the Shebaa farms by the resistance in response to the Quneitra operation that killed Jihad Imad Moghniyeh. It did not decide to enter the war when the resistance sent a drone to the skies over Palestine. What happened was quite different. In addition to the offensive plans, the priority was for the unprecedented defensive measures decided by the Northern Command following extensive work by the Galilee Border Division, which identified the vulnerabilities Hezbollah could exploit to break into the Galilee.

Indeed, "Israel" intended to strengthen its defensive line along the border with Lebanon, particularly in areas where groups of resistance can infiltrate into "Israeli" settlements close to the border, as well as impede direct and sniper fire. These measures are part of the "Israeli" army's readiness for the next war. These include bulldozing lands, transforming them into "cliffs" with sharp angles and at a height of at least six meters, digging trenches, and constructing concrete walls. These were all added to the traditional procedures of electric and barbed wires, surveillance systems, sand barriers, and thermal sensors, etc.

All this was happening before the eyes of the Lebanese army and the resistance. At the beginning of 2017, the enemy decided to build a separation wall of eight to ten meters high on the borders of two areas; the first in the western sector of Naqoura to the Shalumi checkpoint with a length of 5.8 km; the second stretched from Misgav Am to the old Metula wall with a length of 7.5 km. In June, work on the infrastructure of the wall began and continues until today. However, its closeness to the Blue Line has made Lebanon move quickly, since this line is a temporary imaginary line and does not represent the final borders. In addition, Lebanon reserves 13 points on it (the "Israelis" only agree with Lebanon over 3 points).

On July 28, 2017, UNIFIL's Government Coordinator wrote to the commander of the forces, General Michael Perry, expressing his concern regarding the enemy's plan to build the wall, considering that this does not serve the main objective of the tripartite meetings that includes moving from a state of cessation of hostilities to a situation of permanent cease-fire. At the same time, the Lebanese army sent a message to the enemy which included a high-level warning stating that it would fire at "Israeli" forces carrying out the construction of the wall, especially after it monitored repeated violations of the technical fence and the attempt to build the wall in the disputed territories.

On August 18, 2017, Lebanon was officially informed by the head of the UN Interim Force in Lebanon (UNIFIL) that the enemy will build the wall, 90% of which will be on the technical fence or deeper inside the occupied territories.

On October 15, the Ministry of Defense sent a letter to the Supreme Council of Defense proposing appropriate and gradual measures to be taken to respond to the "Israeli" move, as follows: complain to UNIFIL, complain to the Security Council and international forums, organize sit-ins at the border, use of smoke bombs, launching warning fire, and clashes (militarily).

Although the Supreme Council did not discuss this report, its substance, however, was introduced at the last meeting of the Council. The military was given a clear political decision to respond to these measures, even if entailed clashing with the enemy. The official positions also united in rejecting the construction of the wall on the Blue Line, since it does not correspond to the borders with occupied Palestine, considering that this constitutes a violation of Resolution 1701. As for Hezbollah, the party's position was expressed by the Secretary General Sayyed Hassan Nasrallah, who reaffirmed that the party stands alongside the government and the army, adding that the "Israelis" must take the warnings of the Lebanese state seriously. He said that the resistance will stand firmly with the Lebanese state - army and government - in rejecting any change in the points on the border.

Thus far, Hezbollah seems comfortable with the official diplomatic and military measures, especially the prime minister's address to the army commander at a meeting of the Supreme Council of Defense that any "Israeli" violation of Lebanese sovereignty must be dealt with. This is accompanied by ongoing measures and maneuvers by the party, which has become confident of its ability to penetrate all the enemy's barriers, including the concrete wall. It knows that these obstacles will be limited in any future war in delaying the crossing not preventing it. In case the decision was taken to enter the colonies, "the resistance is ready and has the potential, not only for the infiltration of individuals, but for the flow of its groups into Palestine."

"Israel" intensified its defense measures on the border with Lebanon at the end of 2014. The most prominent projects were at the following locations:

- Wadi al-Dalam: Engineering work was launched on December 13, 2014 to build a block with a 90-degree angle and a height of 6 meters. It was accompanied by a 25 meter-long and six meter-high earthen berm due to the absence of a slope parallel to the border road at the mentioned area.

- Wadi al-Qatayeh: On February 23, 2015, bulldozing work started from Hanita towards Wadi al-Qatayeh where a road was opened and the precipice was transformed into a cliff at a 90-degree angle, although the work is still ongoing.

- The Sea Site: On June 25, 2015, the enemy worked on lifting a six meter-high earthen berm in front of the site. It also worked on placing wired cubes filled with dirt to prevent crossings, block gaps and block visibility towards the Lehman Barracks and the coastal road.

- Wadi Qatmoun: As of September 2015, the "Israeli" army has initiated a large-scale engineering project within Wadi Qatmoun aimed at constructing a road within a wide area outside the technical fence and within the Blue Line, which extends about two kilometers.

- Abu Dajaj area: On September 20, 2015, the enemy worked to bulldoze trees stretching from outside the technical fence to the Blue Line. A brem, which was in the form of rocks, was raised directly on the Blue Line to prevent the crossing of vehicles.

- Hounine Valley: In October 2015, the enemy embarked on an engineering project in the Hounine Valley, which extends through a 500-meter area. It was aimed at creating an artificial two to eight meter cliff as well as fencing and laying of concrete blocks attaching them to form a wall, in addition to digging a trench against the fencing.

- Al-Mahafer in the direction of Misgav Am: In October 2015, digging began in al-Mahafer area on the border road towards Misgav Am which is adjacent to the cliff that was originally located in the area. The aim is to restore and expand the cliff. The enemy completed its plan in the area on March 21, 2016 through a project that included putting obstacles in the form of a concrete wall on the border road in the vicinity of Misgav Am (the number of blocks reached 30).

- The Surrounding of Zibdine site: In the first month of 2016, bulldozing began in front of Zibdine base and olive trees were uprooted in the Zibdine woods.