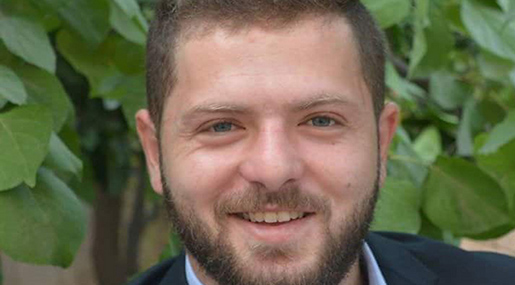 The Palestinian hero Ahmed Nasser Jarrer of Jenin, was martyred early Tuesday morning in a raid by "Israeli" security forces.


According to "Israeli" reports, Jarrar was hiding in a complex of buildings in the village of Yamun, 9 kilometers west of Jenin, in the West Bank.

The "Israeli" forces also arrested several Palestinians in the assault.

His martyrdom came after more than a month-long "Israeli" manhunt for him after he killed the apartheid entity's Rabbi, Raziel Shevach.

A graphic photograph from the scene showed Jarrar lying on the ground, covered in blood and surrounded by M-16 assault rifle ammunition cartridges.

The 22-year-old Jarrar is the son of Hamas Resistance Leader Martyr Nassar Jarrar.

After he was released from prison in 1998, Jarrar became a senior commander of Hamas's forces during the Second Intifada of the early 2000s.