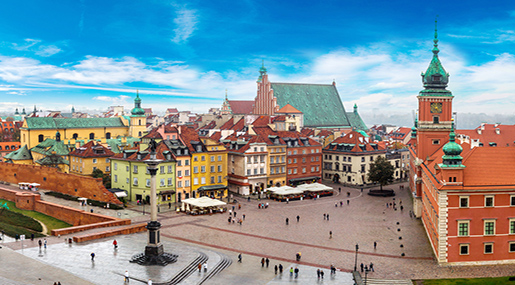 Poland cancelled a visit to the country by the so-called "Israeli" Education Minister Naftali Bennett, who had said he will take off for Poland on Wednesday to meet with Polish officials.


Poland clarified on Monday that no such visit was scheduled. Bennet confirmed on Monday evening that his visit had been cancelled, despite his claims earlier in the day that the visit would take place.

Polish media said that Jarosaw Gowin, the deputy prime minister, ordered the meeting with Bennett canceled. According to the report, the reason for the cancelation was Bennett's statement to "Israeli" media in which he stated" "My message is clear: the past cannot be rewritten - the Polish people had a proven role in the murder of Jewish during the Holocaust."

Bennet acknowledged in a statement Monday evening: "The Polish government cancelled my visit to Poland because I mentioned the crimes of its people. It was my honor [to do so]."

Bennett had said that during his purported visit he will meet with Prime Minister of Poland Mateusz Morawieck and other ministers, and discuss the bill, said the earlier statement from Bennett.

"Israeli" Haaretz daily reported that the visit was not coordinated with the apartheid entity's Foreign Ministry.

If the meetings in Poland had taken place, it would have been the first meetings between an "Israeli" government official and Polish officials since a legislation that would criminalize accusing the Polish people of complicity with Nazi crimes has been passed.

The bill was passed by the Senate last week, and has been sent to Polish President Andrzej Duda for a final signature.