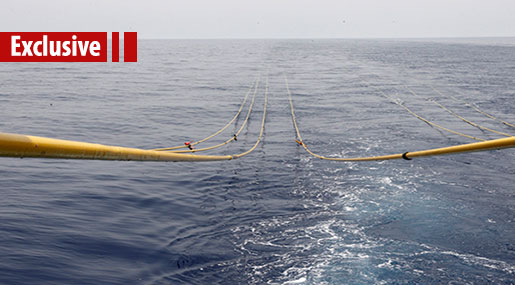 Those who followed recent statements by "Israeli" political and military officials reached a conclusion that the announcements wrestled between two different directions. The first direction is pushing it to wage a war on its northern and northeastern borders because it needs it, and the second is preventing them from launching it because they fear it. So, what will be the decision in the end and what data will determine that?


"Israel's" reasons for needing a war

- In order to stop the rapid progress made by the Syrian Arab Army and its allies in the axis of resistance in the battle to liberate Syria from terrorism, "Israel" believes that the war is now necessary to weaken and preoccupy this army and its allies.

- For "Israel", it is no longer possible to impede or freeze the growing influence of Iran in the region in general and in Syria and Lebanon in particular except through a wide-ranging war in which the "Israelis" [according to their point of view] would eliminate the elements of this influence, especially that Russia does not seem ready to assume the role of mitigating Iran's influence in the region. On the contrary, it may need it [Iran's influence] for reasons concerning its strategic conflict with the United States.

- "Israel" considers that the manufacturing and assembling of Hezbollah's missiles in Lebanon has become dangerous, serious and sensitive. The "Israelis" also believe they can no longer be complacent in confronting this ‘danger', and there seems to be no alternative to war.

Why does "Israel" fear war?

- It appears that its internal front is currently not prepared for war. It has, so far and according to most of the data, not completed the missile protection system or the so-called "Civil Protection Plan, which includes an integrated series of rapid evacuation plans, tunnels, shelters and appropriate infrastructures to counter rocket threats from the north.

- It is still in the dark regarding Hezbollah's weapons capabilities including balance-breaking weapons - at sea, in the air or on land. Based on many previous experiences in confronting it, "Israel" inevitably considers that Hezbollah always leaves an element of surprise or additional gear, tactics or maneuvering until the final battle.

- There is no doubt that "Israel" has confirmed data about Hezbollah's current capabilities in weapons, expertise, maneuvering and tactics. In "Israel's" view these may be sufficient to negatively affect its battle against Hezbollah, whether defensive or offensive, not counting apart the additional capabilities that it may possess.

- It is clear that "Israel" is convinced, through analysis and through direct contact with President Putin, that Russia does not favor a war now, especially since the latter's projects to resolve the crisis in Syria and to fulfill its interests in the region are nearing completion. Russia is working to complete the final stages of this solution, which it mainly contributed to. It is natural that the Russian opposition against "Israel's" launching a war and through its active military presence in Syria and the Mediterranean, at least, will restrict the "Israel's" major weapons movements in the battle [air- monitoring and control- ballistic missiles] and limit their effectiveness.

On the other hand, "Israel" sees in its claim of ownership of Block 9, which is Lebanon's fixed right, a conflict it needs as an alternative to the excluded war. This comes following the recent visit of the "Israeli" Prime Minister to Moscow and his apparent stance on Russia's position on opposing a war or on the basis of distancing itself from the growing Iranian influence in the region, in addition to the reasons mentioned above including "Israel's" fear of a war and probably other reasons.

Thus, the sensitive proposition in claiming ownership of the offshore oil block will be a way out for "Israel", despite the dangers and tensions it faces.

Because the Lebanese state, with all its active components including the government, the army and the resistance, rejects this aggression and will confront it. On the one hand, it will keep "Israel" within the tense engagement circle without having to fight the war. Meanwhile, it will also keep it in the circle of communication with the United Nations and offers of indirect negotiations with Lebanon - as it always dreamed - and perhaps also indirectly with Iran regarding its nuclear program and influence in the region.