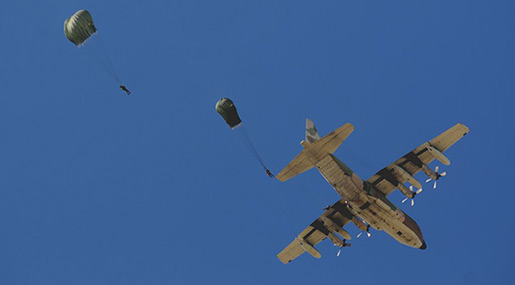 Amid fears of both the Southern and Northern fronts, the "Israeli" army plans to hold the largest paratroop drills in years later in 2018. 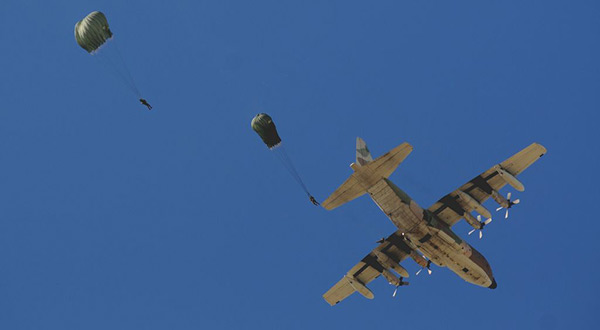 The whole of the Paratroopers Brigade will parachute in full gear, including heavy weapons, as part of the exercise. The drill is the largest since 2012, according to the Haaretz daily, and will be the first major paratrooper drill to incorporate the large C-130J transport plane, which "Israel" first put into service in 2014.

The exercise, slated for some time in the spring or summer, will take place in the south of Occupied Palestine, where the potential for another war with Hamas has loomed of late.

"If a conflict does break out in the north, ‘boots on the ground' remains an option. We won't allow scenes like in 2006," Liberman said.

Meanwhile, the "Israeli" army on Saturday began an exercise meant to prepare the southern command and ground forces for emergency. The Zionist entity said it was a routine drill planned in advance as part of the 2018 schedule, and will end on Wednesday.