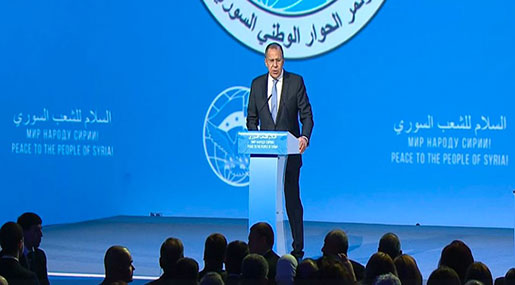 Peace conference hosted in the Russian city of Sochi to put an end to grisly Syrian war, boycotted by some opposition groups, ended Tuesday with a plan to draft a new constitution. 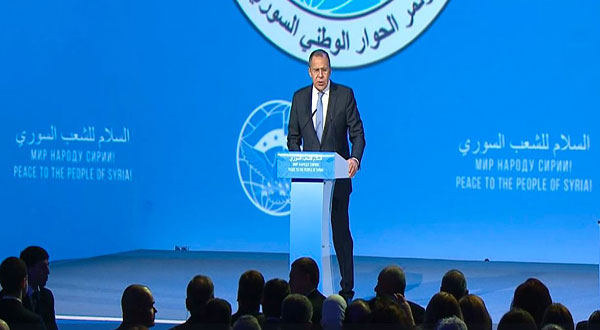 However, key opposition groups boycotted the gathering and it remained unclear if they would join the process.

The conference, held in the Black Sea resort of Sochi, was also overshadowed by renewed fighting in northern Syria.

In this respect, Russian Foreign Minister Sergey Lavrov hailed the Syrian Congress of National Dialogue as an important step toward peace in Syria and sought to play down the opposition boycott.

"No one expected that it would be possible to bring together representatives of all groups of Syrians without exclusion," he told reporters after the talks. "There is no big tragedy that two or three groups weren't able to attend."


Lavrov said the conference participants agreed to form a constitutional committee that will be based in Geneva. He said the delegates named some of the committee's members and that groups absent from the Sochi talks will be invited to name representatives.

A statement approved by the delegates said a final agreement on criteria for selecting members, the constitutional committee's powers and its rules of procedure would be reached in Geneva under the United Nation's aegis.

UN Syria envoy Staffan de Mistura, who has been leading Syria peace talks in Geneva, said he would move quickly to set a schedule and a process for drafting the new constitution in Geneva "because Syria cannot wait."